Why ‘snobbery’ around apprenticeships must end 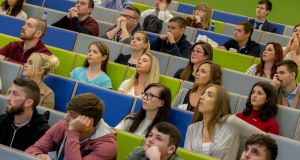 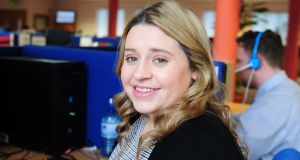 Stephanie Lewis (21) is one of the first students on the new insurance practitioner apprenticeship at Post Insurance, Athlone, Co Westmeath. Photograph: James Flynn/APX 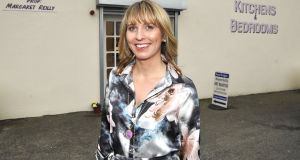 Margaret Reilly, founder and owner of Grand Designs Kitchen and Bedrooms who got her start as an apprentice cabinet-maker. 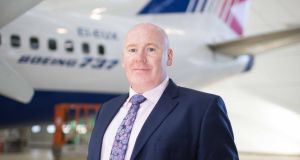 Connor Flanagan, the CEO of the Atlantic Aviation Group, who started out as an apprentice.

Jack is 14. He’s a straight-A student. He excels at science but he’s also very good at English and PE.

His parents would like him to go to university and, if his current academic performance continues, he will easily get a place on a high-points science course.

Now in his second year of secondary school, Jack’s favourite subject is, by far, woodwork. In the past year, he’s plucked up enough courage to tell them what he really wants to do: carpentry.

He’d like to take on an apprenticeship, earn money while he learns and then set up his own business.

Trades and apprenticeships are not the traditional route for highly academic, middle-class kids like Jack.

It’s not what his parents envisaged and they’re hoping he’ll change his mind before the time comes to fill out the CAO form in 2021.

Jack’s story is not that unusual. A few years back, one student who is not named here, caused some consternation within his family and circle of friends when, after securing 600 points in his CAO, chose to become an electrician through an apprenticeship; today, he is thriving, successful and financially secure. Is it really such a bad choice?

There’s no doubt about it: apprenticeships still have an image problem. They’re largely seen as a fall-back option for young people who don’t get enough points for college, or who are bright and capable but not particularly academic, or who want a trade.

Prof John Hegarty of the Royal Irish Academy touched on this recently when he told an Oireachtas education committee: “There is definitely, among parents, a snob value in the sense that university and higher education are better and the place to go, even if the student is totally unsuited.”

An ambitious plan from further education and training agency Solas aims to change this by making them career plan “A” for people from all backgrounds and abilities.

It’s been over two years in the making, but the blueprint is starting to come to fruition and form a key part of the Government’s action plan for education.

The apprenticeship model of learning – traditionally associated with crafts including construction, the motor industry and electrics – is expanding into new areas.

The first insurance practitioner and industrial electrical engineering apprentices started learning last September, and about 20 more will be coming on stream over the next few years; the first of these are expected to be in financial services, accounting technician, original equipment manufacturer and commis chef.

A barely perfunctory website (www.apprenticeship.ie) is now an easily usable and informative resource which gives simple and concise advice for people considering apprenticeships.

And Solas has commissioned a piece of research exploring the low take-up of apprenticeships among women.

“There are just 33 women registered as apprentices in the crafts,” says Nikki Gallagher, director of communications at Solas.

“We have working with the National Women’s Council of Ireland in order to address this, and are currently undertaking focus group research to help identify the barriers to female participation in these areas.

“As the new apprenticeships go live we expect the ratio of women to men to increase significantly, and there are 26 women and 41 men on the new insurance apprenticeship.”

Margaret Reilly, founder and owner of Grand Designs Kitchen and Bedrooms, got her start as an apprentice cabinet-maker.

At secondary school she found she loved metalwork, woodwork, technical drawing and art.

“My woodwork teacher, Martin Murray in St Laurence’s school, spotted my ability and always supported and encouraged me. A good teacher can really make all the difference.”

After school, she went in search of an apprenticeship. She was met with baffled employers.

“I called into a few places and they said ‘sure, we don’t even have women’s toilets’ or ‘but you’re a woman, you’ll be leaving us to have babies’. But I was determined to keep going and I wasn’t going to take no for an answer.”

She eventually secured an apprenticeship in Alpine Furniture which allowed her to gain practical experience as well as going to college.

“From the moment I was employed, I was earning . . . I was qualified at the age of 21, whereas half of my friends came out of college not knowing what they wanted to do. Apprenticeships are also a much cheaper option for parents who might struggle to support their kids through college.”

Having set up her own business, she has started taking on apprentices. She says she loves watching them progress and develop.

“Sadly, we haven’t had a woman apprentice yet, but I know they are just as capable and that many would love to do it; they just need support and encouragement.

“We need to let women know it is an option for them, and we need to persuade employers to take them on. I think we could have at least 20 per cent of women in trade apprenticeships.”

Reilly points to a bursary of €3,000 for employers who take on female apprentices but says there are other reasons to take on women.

“It diversifies the workplace, it brings in new talent and ideas and reaches more customers because some women might like to buy from other women.”

Apprentices can go a long way. Connor Flanagan is chief executive of the Atlantic Aviation Group, having started out as an apprentice himself.

In recent years, his company trained an apprentice who won a gold medal in aircraft maintenance at the World Skills Competition.

“In 1989, I did an apprenticeship in instrumentation and worked in a number of jobs in food and engineering industries, including sales and management. I’ve been CEO of Atlantic for nearly two years,” says Flanagan.

“There are great career opportunities in apprenticeship. I worked with guys who were earning money during the four-year apprenticeship and are now on better salaries than their industry equivalents who did a four-year degree.”

Atlantic itself has a long history of taking on apprentices, with expressions of interest for 12 positions from 700 people.

“We have an internal infrastructure to support them. They get a hands-on mix of skills with academic training, and they’re earning. It’s much easier for parents, and our apprentices are able to take their training anywhere in the world. Apprenticeships open doors.”

‘This is a better option than college . . . I come into work every day and I earn money’ – Stephanie Lewis, insurance practitioner apprentice

Stephanie Lewis (21) is one of the first students on the new insurance practitioner apprenticeship.

She is employed by Post Insurance in Athlone and studies in IT Sligo. In her spare time, she is a Lady Gaga impersonator.

“I was in second year at NUI Galway, studying economics through arts. I’d gone to college after school because, well, it’s the done thing. I loved statistics and the financial modules and realised I was interested in the finance industry. But I felt stuck and I just wasn’t happy there. Still, I thought I’d just ride it out and then go on to do a postgraduate course.

“And then my boyfriend, who was looking for mechanic apprenticeships, told me about this new insurance practitioner apprenticeship.

“Women don’t often go on to the site because apprenticeships are considered to be for men. I registered my interest, they emailed me with a list of employers who might take on apprentices.

“This is a much better option than a college course, postgraduate, internship and struggle to build up experience. It will get me into the industry much, much quicker.

“I come into work every day and I earn money – the same as any new employee here. Every Tuesday, we do online lectures at IT Sligo. If I pass my first-year exams, I will be able to give advice without supervision and have one of the key certifications needed. By the end of year two, I’ll have the second certification.

“At the end of year three, I won’t just have a level-eight degree – the same degree level you’d get from any third level. Perhaps best of all, when I finish up, I will have three years of experience of working in the industry under my belt.

“In the meantime, I love working here, there’s a great atmosphere and I’ve made great friends. I’m pushing my friends to consider apprenticeships too. Everyone defaults to college but I think if they knew more about apprenticeships, they’d realise that it can often be the best option.”

80 per cent: the collapse in apprenticeships that followed the 2008 recession.

99 per cent: the number of males on Irish apprentice programmes in 2016.

50 per cent +: the number of females on UK apprenticeship programmes.

50,000: the number of apprenticeship and traineeship places the Government has committed to by 2020.

10,000: the number currently in craft apprenticeships.

€20m: additional funding for apprenticeships to be provided this year.