Covid-19: All pupils at Kerry school told to remain at home after 17 confirmed cases 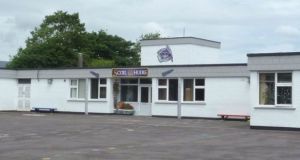 All pupils and staff at a school in Co Kerry, are to be tested for Covid-19 with all children asked to remain at home until December 30th after 17 confirmed cases.

According to a letter to parents from HSE South, 17 cases at Scoil Mhuire Killorglin, a mixed primary school of 386 pupils, have been recorded so far “and contact tracing is ongoing”.

“In the Irish experience with Covid-19 thus far, it has been uncommon to see an outbreak of this scale among a school population,” the letter states.

School management had implemented and continued to implement appropriate Covid control measures. And cases and close contacts have been isolating.

“Following further review today, based on current evidence the decision has been taken to extend testing to the remainder of the school population, (children and staff),” the letter states.

“Any child not previously identified as a case or a close contact is now advised to restrict their movements until Wednesday, December 30th,” the letter advises. The children are being referred for two tests, a number of days apart, by the HSE.

There were 62 cases of Covid-19 detected in schools last week following mass testing of more than 1,700 students and staff in just in excess of 100 schools, new figures show.

The positivity rate in schools has also climbed from 2.5 per cent to 3.5 per cent in the space of a week.

This rate is now slightly higher than when schools closed for the mid-term break at the end of October.

The figures are contained in the HSE’s weeklyCovid-19 mass testing report for schools and childcare facilities for December 6th to December 12th.

This latest weekly report shows that 1,774 close school contacts of positive cases were tested across a total of 105 schools last week.

On foot of mass testing of these close contacts, a total of 62 positive cases were detected.

The positivity rates were highest at primary level (3.6 per cent), followed by second level (3.4 per cent) and special education (1.6 per cent).

When broken down by age, the vast majority (87 per cent) of the cases were among children, while the remainder were among over-18s.

The cases in the report include many of the 16 cases detected in Claremorris Boys National School in Co Mayo.

The school made headlines last week when the school principal announced it was to close for safety reasons.

However, it was ordered by reopen on Monday of this week by the Department of Education on the basis that public health authorities had not recommended that it close.

The decision has sparked a debate over whether school boards of management should be allowed to close schools if they feel the setting is no longer safe.

Taoiseach Micheál Martin told the Dáil on Wednesday that it was only right that these decisions were made by public health experts rather than schools themselves.

The weekly HSE report also provides a breakdown of numbers over the year to date.