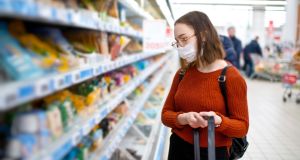 A survey of more than 700 third level students has found a high level of concern over the impact the COVID-19 pandemic might have on their employment prospects.

The survey, conducted by gradireland, found that 66.8 per cent were worried about employment opportunities while a majority of respondents also favoured the introduction of various supports and services to help overcome their concerns.

A total of 716 students participated in the survey which was carried out on the gradireland website over the course of a week between the 25th March and 1st of April.

Ruairi Kavanagh, editor of gradireland, said student responses to the survey showed “maturity, compassion and understandable concern about the future” amid growing concern surrounding the pandemic.

The survey found that 79.3 per cent of those surveyed cited the health of their family and friends as their greatest concern while 51.7 per cent said they were most concerned about the mental health impact caused by the public health crisis.

“Students have become far more aware of warning signs and how to ask for help and avail of supports,” Mr Kavanagh said.

While he said credit has to be given to universities and colleges, and mental health agencies, for putting supports in place, he added that: “there is plenty more to do in this sphere, trying to establish a plan for the future in such uncertain times can place students in a vulnerable position.”

Third level students have been taking measures to social distance and self-isolate for several weeks as part of wider societal measures adopted against the coronavirus pandemic.

Studies and lectures moved online for Ireland’s students when the country’s universities, colleges and institutes of technology campuses closed in early March.

While most institutions have adopted measures to mitigate the impact of the virus on students by now, 45.9 per cent of those surveyed at the end of March were worried then about the university workload.

The country’s higher learning institutions have been working since early March to mitigate the disruption caused by the virus to students and to academic programmes while students have engaged in a campaign for the introduction of a ‘no detriment’ marking policy.

Campaigners say some students who have to care for sick relatives or who have reduced access to computers, broadband and study aids may have been disadvantaged.

If adopted, a no detriment policy would ensure that once the student passes their exams, their average grade attained up to this point not decrease.

Students stated a preference in the survey for a greater availability of employment-related services and supports ranging from webinars and skills workshops to how-to guides and information on graduate employers.

Of those surveyed, 65.4 per cent favoured more updates on employers, 64.9 per cent believed how-to guides would be of assistance while 64.2 per cent thought skills workshops would help them overcome their concerns.

Asked if the student response represents a need for more supports for students, Mr Kavanagh said: “From the perspective of employers and third level institutions, I definitely think that students would welcome any constructive outreach from them, building on what many have already done, which is a great start.

“ Students don’t want platitudes, they want reassurance that both their college or university, and possible future employers are thinking about how to support them and are providing practical advice and tips on how they can use this time to continue to plan for the future.”

He said Ireland’s students provide “plenty of reasons for optimism” for the future are are “far more resilient then they are given credit for.”