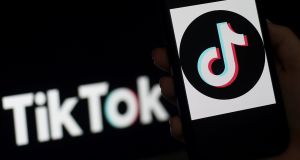 TikTok’s owner is known for its generous pay and benefits. Photograph: AFP via Getty

ByteDance, the Chinese start-up behind the popular short video app TikTok, is looking to hire 10,000 new employees, defying a global chill that has forced many technology companies around the world to lay off workers.

The Beijing-based company has benefited as the coronavirus pandemic has trapped many of its 1.5 billion monthly users at home with extra time to spend on its stable of more than a dozen apps.

Outside China, the popularity of TikTok has soared as everyone from doctors and nurses to celebrities uploads short clips of themselves lip-syncing to music to while away the time.

In China, ByteDance has beefed up its ecommerce platform to monetise the extra traffic to its Douyin short-video platform, which has 400 million daily users. It has recruited a popular tech executive to hawk goods in livestreams that have drawn tens of millions of viewers and raked in millions of renminbi in revenue.

The start-up has some 60,000 employees and is advertising more than 10,000 open jobs around the globe for everything from a Beijing-based data analyst for its Latin America business to a Shenzhen-based operations manager for its gaming platform. In addition, its internal hiring board indicates it is looking for 3,000 interns and more upcoming college graduates.

The company is known for its generous pay and benefits, and perks that more closely mimic Silicon Valley based start-ups. Employees receive three meals daily free and “unlimited snacks” as well as gym memberships, according to the recruitment adverts.

Founder Zhang Yiming said in March that eight-year old ByteDance would have 100,000 employees by year-end, which would take its headcount well beyond that of its chief rival Tencent, with 62,000 employees at the end of 2019.

ByteDance is also aiming to expand its presence in Wuhan, where the coronavirus outbreak began, to 5,000 employees, joining a long list of Chinese companies that have promised support for the city of 11 million that recently emerged from a 76-day quarantine.

In China, Douyin has stepped up hiring as companies including Tesla and Poly Real Estate have turned to its livestreaming function to tout cars and apartments as their customers shy away from leaving home. ByteDance said last week that Poly had sold 102 apartments in a single 30-minute livestream.

ByteDance’s online education platforms including Qingbei Online School are also hiring more than 1,500 teachers, assistants, and other employees in China, as school closures leave parents scrambling to find activities for children stuck indoors. That adds to the 5,000 contracted English teachers in North America who teach on its platforms. – Copyright The Financial Times Limited 2020