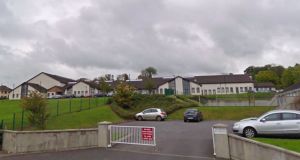 A concerned parent contacted the Neil Prendeville show on Cork’s Red FM to say a list left in the toilets at Davis College (above) in Mallow, Co Cork, stated the girl “with the most ticks will get raped”. File photograph: Google Street View

A secondary school in Mallow, Co Cork is investigating the circumstances surrounding the posting of what was described as a “rape list” in the boys’ toilets, and the matter has been referred to gardaí.

A concerned parent contacted the Neil Prendeville show on Cork’s Red FM on Thursday to say that the list in the toilets at Davis College stated that the girl “with the most ticks will get raped”.

The list contained the names of female pupils with ticks after their names. The girls listed are all students at the secondary school.

However, it is understood the woman who contacted the radio station is not linked any of the pupils on the list.

An internal inquiry into the matter is also to be carried out.

Principal of Davis College, Stephen Gilbert, issued a statement indicating that the safety and wellbeing of all of their students was his top priority.

“We are taking this issue extremely seriously, and immediately took steps to address it with both the affected students and student body at large. This work is continuing.”

Mr Gilbert said the list was removed the minute school authorities were notified of its existence and each of the students mentioned had been spoken to to answer any questions or concerns they had.

“We encouraged them – as we encourage all of our students – to come to us with any issues that may be of concern so that we can support them in any way possible.”

Mr Gilbert said there has been a spotlight nationally on the issue in recent weeks. “Our SPHE (Social, Personal and Health Education) teachers will be facilitating discussions on this subject with every class. We want students and parents to know that we will continue to provide a safe learning environment for our students,” he said.

“We remain available to all parents and students who may have concerns in relation to this issue.”

A spokesperson for the Cork Education and Training Board – the management body of the school – released a statement which it said was from a parent of one of the young women whose name appeared on the list.

“The minute that the school was made aware of this incidence they acted quickly to have this list removed and sat down with each of the students directly affected, including my daughter,” the parent is quoted as saying.

“Following her conversation with her teachers in the school she was ready to move on and put this unpleasant incidence behind her.”

The parent said that when they were aware that another parent, who was not directly involved, was about to go on on air to discuss the matter, it was something they objected to.

“My daughter and our family do not want her personal life talked about in the media, on radio, print or online,” the parent said.

“This is something which was upsetting enough for my daughter at the time, and who now is distraught after hearing about it being talked about across the airwaves.

“While her name may not be mentioned, as you know in small communities, this type of information cannot be kept secret for long.”