CAO points climb to record high across many courses 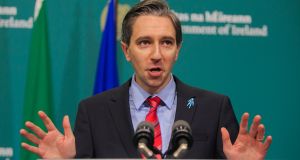 CAO points for entry into many college courses climbed to record highs on foot of grade inflation in this year’s Leaving Cert.

Overall, points were up across about two-thirds of honours degree or level eight courses this year.

At university level, points were up on average of 20-35 points. A total of seven courses have now climbed above the previous all-time high of 600 points.

Some of the biggest increases saw rises of more than 100 points over last year.

They include TU Dublin’s pharmaceutical science in (up 116 points), computing with a language (up 113 points), UCC’s law and french (up 89 points) and University of Limerick’s paramedic studies (up 79 points).

In all, about 78 per cent of college applicants are understood to have received an offer from one of their top three choices this year at honours degree or level eight level. This is a similar proportion to last year.

This rises to about 98 per cent for applicants seeking a top three choice at ordinary degree/advanced diploma, or level six/seven.

Overall, college applications were up this year for areas of study with strong job prospects such as law, veterinary medicine, dentistry and physiotherapy.

By contrast, the greatest decrease in applications were for areas such as arts, humanities and languages.

Most higher education figures say the points increases are greater than expected, despite frantic efforts by the Government to ease upward pressure by creating thousands of extra third-level places.

However, Government figures say the points increases would have been higher still were it not for a last-minute move to create an additional 2,000-plus third-level places created in recent weeks. In all, there are 12 per cent more places this year compared to last.

Minister for Higher Education Simon Harris said the additional places mean significantly more applicants have received offers of places at this stage this year and more students will be admitted to college in the coming weeks than in any previous year.

“I do recognise the strong competition for places this year. I have worked with the sector to increase places to the greatest extent possible. I welcome the fact that the proportion of applicants receiving an offer of one of their top three preferences is stable between years, despite this strong competition,” he said.

Mr Harris said he had examined three options to address concerns that those who had sat their exams in the past could lose out due to grade inflation.

Ring-fencing college places or regrading past students in line with the average inflation rate in 2020 were not possible and the best thing to do was put in as many additional places as possible, he said. The Minister pointed out that 85 per cent of that cohort received offers of their top three choices.

Opposition parties criticised the Government ’s management of third-level offers and called for “flexibility” in appeals.

Sinn Féin TD Rose Conway-Walsh said: “Many hard-working students have been badly let down by the Government. Substantial increases in entrance points will mean many students will not get the courses that they want. Prior Leaving Cert students will be particularly disadvantaged.”

He said that where somebody had got the required points of 500 or 550 and the teacher has assessed them as getting a H1 but the system threw up a H2.

“If that’s the only reason they’re not getting their preferred course in this year 2020 I’m quite sure the Government could use their imagination with third-level institutions to find a way for that to be overcome.”