Can the education system heal our ‘post-truth’ society? 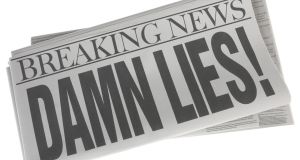 Amid talk of “fake news”, distrust of mainstream media, and the rise of far-right websites such as Breitbart News Network, the average citizen is struggling to discern what is true and what is not. 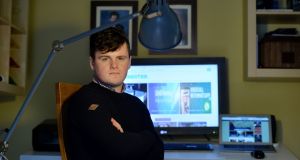 Harry McCann, sixth-year student and founder of Trendster.com: ‘Many people go to the first source they see online and think they have the facts; I don’t know anyone who looks for a second source.’ Photograph: Alan Betson 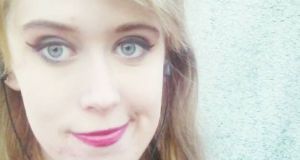 Naomi o’Mara, 18, first-year history and politics student at the University of Limerick: “We were learning about Enda Kenny, but that’s hardly engaging.” 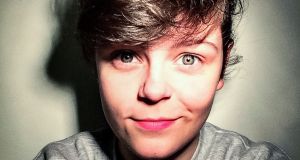 Alana Daly Mulligan, 17, sixth-year student in Waterford: “Our education system should be teaching us what is happening in our world.” 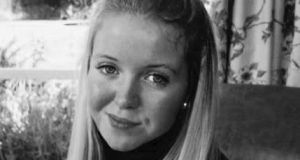 Jane Hayes-Nally, 17, president of the Irish Second-Level Students’ Union: “The Kardashian family makes up more than 40 per cent of an Irish girl’s Instagram feed, but bears no actual significance to her reality, her family, her future or her life.” 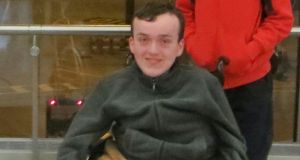 Education is under attack. Expertise and experience were derided in the lead-up to the Brexit vote, while US president Donald Trump famously declared: “I love the poorly educated” – who then turned out to vote for him (analyses show that education, not income, was a clearer indication of whether people voted Trump or Clinton).

Amid talk of “fake news”, distrust of mainstream media, and the rise of far-right websites such as Breitbart News Network, the average citizen is struggling to discern what is true and what is not.

At the same time, this will be a pivotal year for Europe, with far-right candidate Marine Le Pen having a real shot at the French presidency.

What can we trust? Are the media properly informing us about what the so-called “alt-right” stands for? Have we forgotten history’s lessons about extremism?

For the past decade, the Irish education system has focused heavily on promoting science and maths at both second and third level.

Now, it faces a new and urgent challenge that it may be unprepared for: how can it educate young people about the rise of the far-right, a movement which threatens to destroy the intellectual inquiry and the free speech that has aided its ascent?

And it’s not just young people who need to get up to speed: all citizens could do with educating and informing themselves.

Media studies, philosophy, politics and history have never been more important. But are they up to the task?

Dr Jane Suiter is a political scientist and director of the Institute for Future Media and Journalism at Dublin City University, and the former economics editor of this newspaper.

“Some reports are obvious lies, such as the Pope supporting Trump or, last year, a Breitbart story about a church in Germany being burned down,” she says.

“The majority of stories are somewhere in the middle, with some element of truth or exaggeration and these are the ones that pose more difficulty.

“Many people never made it past the headline and first paragraph, which is why we teach journalism students to get as much as possible of the who, what, where, why and when, in the first few lines.

She says social media, with its emphasis on scrolling and liking, has exaggerated this even further.

“False news, written to generate clicks, spreads fast on Facebook and, when a writer doesn’t have to be concerned about accuracy, they can write stories that will spread fast,” she says.

Children and teens – not just journalism students – need to be taught the basics of fact-checking.

“When consuming media, they should ask themselves if they trust this source. Going back a step, however, we need to teach people to think more critically,” Suiter says.

She would like to see philosophy introduced at primary and second level so it becomes second nature to think critically.

“We teach a critical thinking course in first year communications here at DCU. In the first week, I asked people who had learned answers for English and history off by heart and 90 per cent of hands went up; this is what our system facilitates,” she says.

Philosophy Ireland, whose champions include Michael D Higgins and Irish Times journalist Joe Humphreys, are pushing to extend the subject even further.

Digital media literacy is another new short course at junior cycle, while a new Leaving Cert subject, politics and society, was introduced in approximately 25 schools last September; it will be tested for the first time in 2018.

“If we teach people critical thinking based on philosophy, they will understand logical fallacies and how rhetoric and fallacy can make people believe things,” says Suiter.

“It’s not to consider it as all propaganda or something to be deeply suspicious of, but as something that mediates and frames versions of events.”

In his first-year class, Titley speaks to 17-19 year-olds who don’t remember a time before the internet.

In the opening weeks, he surveys them on their media habits and, separately, on their attitudes and values.

“They’re quite attached to regional and local papers. They’re less engaged by TV news but they do like the live flow of radio.

“They live in a world of media abundance, where the same few centres of influence have less dominance.”

In this world, there are more sources, but the hierarchies of good journalism are less evident and newspapers may make mistakes which damage their reputation.

Titley points to websites set up by anti-Islamic or racist groups, climate change deniers and far-right political groupings which have no impartiality at all, but which masquerade as truth.

Keywords can lead people to sites that seem honest but are riddled with misleading information or lies.

“The problem with fake news is not that every story is false but that every story can be regarded as false or falsified. On the other hand, suspicion of everything is no longer a critical attitude; it is a form of unfocused paranoia.”

Like Suiter, Titley believes the answer lies in more critical thinking, but he points out that railing against “rote learning” can be lazy.

“Education is about learning and having facts at your grasp. All teachers, whether at second or third level, face this conflict between imparting facts and encouraging critical thought. Finding time in the classroom to do this is a challenge.”

Besides media studies, history and politics are ever more important, say many teachers.

Deirdre MacMathuna, a teacher at Muckross Park secondary school in Dublin, is the vice-president of the Irish History Teachers Association and also teaches civic, political and social education (CSPE).

The organisation is deeply concerned that, under the new junior cycle, history ceases to be a compulsory subject.

“Some schools have already decided not to offer history at all,” she says. “Formal training in history may stop at the age of 12.”

MacMathuna argues that history can’t be as effective as a short course because events don’t happen in isolation and students need an understanding of how, say, events in the second world War are connected.

Her students have drawn comparisons between the rise of strongmen and dictators in the 1930s and the events of the past year.

“This is how young people learn the variety of ways of seeing what is a reliable and unreliable source. If they read a newspaper article or a see a TV segment, is there editorialising going on?”

And there’s yet another piece of the puzzle: CSPE, or Civil, Social and Political Education.

Brendan O’Regan is a teacher in CBS Arklow and a member of the Association of CSPE Teachers.

“There is flexibility in the curriculum that allows teachers to respond to current events, and the very best CSPE teachers do this, especially if there is an election or referendum taking place,” he says.

Under the new junior cycle, CSPE will remain compulsory but will be integrated into a subject called “wellbeing”, which also includes social, personal and health education as well as physical education.

CSPE teachers fear it is being downgraded, although they welcome the introduction of the new politics and society course.

Titley, meanwhile, says the jury is out about whether the new media environment is revolutionising democracy or dumbing down and creating “filter bubbles”.

“Yes, there is an algorithm that shapes what content people engage with online but, before this, they identified with a particular newspaper – if that is not an echo chamber, what is?” he says.

“When I talk to my students, they are constantly thoughtful about the media environment and they have developed their own practices for navigating it. Their critical faculties are strong.”