Teacher’s union says many teachers are ‘overwhelmed’ by recent changes 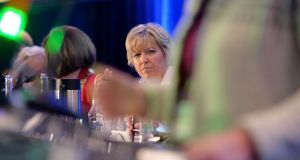 Major curriculum change at senior cycle level should not take place until there is a comprehensive review of the impact of Junior Cycle changes, a teachers’ union has warned.

The National Council for Curriculum and Assessment (NCCA) is consulting with parents, students and teachers as part of an ongoing review of the senior cycle.

However, president of the Association of Secondary Teachers Ireland (ASTI) Deirdre McDonald says additional work generated by Junior Cycle changes are just one of a range of new demands on teachers in recent years.

“Many teachers are overwhelmed by their workload. This situation is unsustainable and has to change,” she said.

Against the backdrop of the senior cycle review, the union has commissioned research by Dr Brian Fleming into successful curriculum change.

His research concludes that major reforms are “not appropriate” in the near future due to factors such as the lack of capacity at school level, uncertainty about the outcomes of Junior Cycle changes and a “deterioration” in teachers’ working conditions.

The research also warns against the risk of side-lining teachers in the policy making process and recommends a “rigorous independent” evaluation of Junior Cycle changes.

Ms MacDonald said Junior Cycle reforms showed that “marginalising” teachers in the policy-making process, while at the same time making them responsible for its successful implementation, was likely to result in significant problems.

“Teachers must be treated as key stakeholders at all stages of education policy development,” she said.

“ Their concerns must be listened to and addressed. They are the ones with the professional experience to understand what issues, including implementation issues, may arise.”

She said that while the union had concerns that teachers were being sidelined in the NCCA’s senior cycle review, the latest phase of consultations were “positive” and involved significant input from teachers.

The union is also to begin its own consultation on senior cycle with its 17,000 members over the coming weeks which it says will feed into the NCCA review.

The NCCA says it has held extensive consultations with hundreds of teachers as part of the senior cycle review since it began in 2016.

This has involved feedback from teachers in more than 40 collaborating schools, along with public consultations and seminars.

The NCCA has also confirmed that it will begin a major review of Junior Cycle changes beginning next year.

An interim report by the council, published earlier this year, indicates a desire among many groups consulted to be assessed on a staggered basis instead of facing a single set of summer exams.

Many also said the structure of senior cycle should be made more flexible, with exams spaced out and a much broader array of assessment methods such as projects, teamwork and portfolios.

There is also an appetite to introduce successful elements from transition year, such as work experience or life skills, into senior cycle.

The review indicates there is little consensus on whether to reduce the number of subjects students are required to study or to end compulsory Irish.

Many students supported an end to compulsory Irish, with many complaining that they felt overwhelmed or ended up being “taught to the test”.

Others stakeholders, however, warned that cutting the number of subjects could undermine the compulsory nature of Irish.