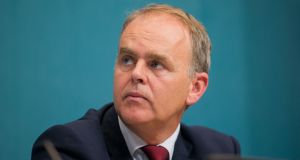 The cost of transporting special needs pupils to schools in taxis and minibuses is set to climb to a record €100 million next year.

One factor behind the escalating cost is the need to transport children long distances due to a lack of appropriate school places in their locality, it has emerged.

Minister for Education Joe McHugh said the entire schools transport scheme – which will cost a total of more than €200 million next year – would be reviewed over the coming year to ensure funds are being spent in the best way possible.

In the coming year alone, an additional €26 million has been sourced for schools transport.

The rising cost of this and other frontline services has led to the capital budget for education being reduced in 2020, the first cut in six years.

“We’re trying to build classes closer to home, so we should see that pressure on pupils having to pass their local school . . . coming down in the medium to longer term.”

He said he was aware that some children were travelling “far too long” on school transport and this was very difficult for them.

In the meantime, he said, there would be a review of the entire school transport scheme.

He said there could be scope to have a more co-ordinated approach involving other Government departments who also use transport services.

Mr McHugh was speaking following an address to the National Association of Boards of Management in Special Education in Athlone, which was marking its 50th year in operation.

While he said 20 per cent of education spending next year would go on special needs, he said next year’s budget did not “reflect his ambitions” for education in the coming year.

Speaking at the conference Éilís Dillon, the association’s chairwoman, said the boards of special schools had played a crucial role in boosting education for vulnerable pupils.

“We have been able to take the collective ideas and knowledge built up in various ways in different schools over the years and together with our partners formulate a more centralised and focused approach to our challenging work,” she said.

“As all of you can appreciate, we still have much to do as we work together in maximising the potential of each and every student in our schools. That is the challenge facing us.”