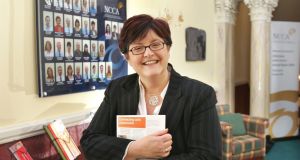 Dr Anne Looney has served as chief executive of the National Council for Curriculum and Assessment. File photograph: Matt Kavanagh

Dr Anne Looney, the chief executive of the State’s advisory body on school curriculum and assessment, is to be appointed interim head of the Higher Education Authority.

Dr Looney takes over the role at a time when many in the sector argue that third level is facing a growing funding crisis.

She is expected to serve as chief executive on an interim basis until the end of the year.

She has been head of the National Council for Curriculum and Assessment for the past 15 years.

She succeeds Tom Boland, a former director of policy at the Department of Education, who has led the Higher Education Authority for the past 12 years. He is due to retire at the end of next month.

A recruitment process earlier this year aimed at finding a successor to Mr Boland did not result in a successful candidate.

He is widely credited with helping develop the higher education sector and overseeing significant changes, such as greater accountability among universities and colleges.

In a statement today, the acting chair of the Higher Education Authority Dr Stephen Kinsella thanked Mr Boland for his service and welcomed Dr Looney’s appointment.

“Dr Looney will bring a strongly positive reputation in the education and wider public sectors,” he said.

“ She has a good knowledge of the higher education sector and was instrumental with the outgoing CEO of the HEA in initiating the transitions initiative.”