Young Travellers make up a fifth of detainees in Oberstown

Rate is double that of Travellers in adult prisons, says Irish Prison Service 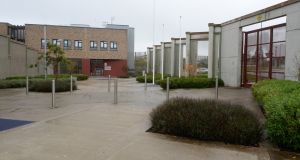 A fifth of young people in custody are members of the Traveller community, double the proportion in adult prisons, new figures show.

Oberstown Children Detention Campus housed 72 boys and three girls over the course of the first three months of 2019. Of these 14 (19 per cent) were Travellers or from a Traveller background. There was a similar rate in 2018 and 2017.

Young Travellers also make up a disproportionate number of children in Tusla care. And figures from Oberstown show almost a third of the young people it dealt with in the first three months of 2019 had been in Tusla care.

Campus director Pat Bergin told The Irish Times young Travellers can be a particularly difficult cohort to reach with targeted State supports, which may explain their disproportionate numbers in Oberstown.

Mr Bergin said the movement of some Travellers from place to place can make it harder to offer supports which may help young offenders avoid prison or avoid reoffending.

Young offenders often cannot take part in initiatives such as mentoring programmes or education courses due to their frequent movements, he said.

“Things like family mentoring are fine if you can nail a family down.”

* (3/10/2019)  This article was amended to make clear Pavee Point offers advice on cultural issues but does not partake in the rehabilitation of offenders.