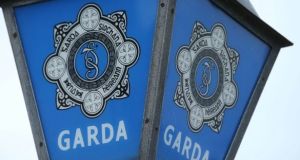 Gardaí have arrested a third person as part of an anti-corruption investigation involving the Kildare and Wicklow Education and Training Board (ETB).

The investigation into alleged corrupt practices followed serious concerns raised about the tendering and procurement procedures at the State body.

Operation Lakefront, the investigation into the education board, is being led by the Co Kildare anti-corruption unit of the Garda National Economic Crime Bureau.

A Garda spokesman said the man (40s) had been arrested on Tuesday “as part of an ongoing investigation into alleged corrupt practices at an office of a statutory body.”

The man was arrested for offences contrary to the Prevention of Corruption Acts. He is currently being detained at Naas Garda Station under Section 4 of the Criminal Justice Act 1984.

A number of issues about the Kildare and Wicklow ETB were raised in a Department of Education investigation, and a highly critical Comptroller and Auditor General (C&AG) report last year.

The audit by the State’s spending watchdog found that some suppliers received contracts from the education board even though information existed that cast doubt over their qualifications.