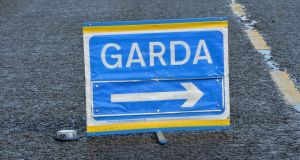 A man in his late teens has died following a hit-and-run incident outside Dundalk, Co Louth, on Tuesday night.

The man died after two cars collided at around 9pm on Tuesday, October 20th, in the townland of Ballymascanlon in Co Louth.

The body of the man who died remains at the scene. The driver of the car he was in fled the scene on foot. The driver later presented himself to gardaí in Dundalk.

The driver of the second car, a man in his 40s, was taken to Our Lady of Lourdes Hospital in Drogheda with minor injuries.

Garda investigators will examine the scene, and the road was closed on Wednesday morning with local diversions in place.

Gardaí in Dundalk are appealing for anyone with information to come forward and have asked for anyone with camera footage of the Ballymascanlon area between 8pm and 9pm on Tuesdays to contact them.