Appeal for missing woman: 'She is my only sister... it’s still torture'

Family of Esra Uryun, who went missing in Bray in 2011, still looking for answers 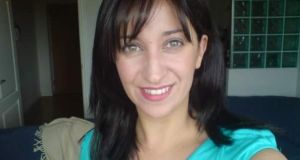 Esra Uryun went missing from her home in Clondalkin, Dublin, on February 23rd, 2011. She was last seen in Bray, Co Wicklow.

Berna Fidan has played out every scenario in her mind of what may have happened to her sister when she disappeared 9½ years ago in Bray, Co Wicklow.

“She is my only sister and it’s still torture. It just goes round and round in your head. There’s never been any leads. It’s the unknown, it’s an ongoing nightmare for us.”

Esra Uryun, who was originally from London, had been living in Ireland for four years when she disappeared on the morning of Wednesday, February 23rd, 2011.

The 38-year-old mother told her husband she was popping out briefly to buy milk and left her home in Collinstown Grove, Clondalkin, Dublin, at about 7.15am in the family car, a grey Renault Twingo (08-D-23067).

Why did it take her so long to get there? Did she stop to help someone? Did someone get in her car?

She was due to drop the car back for her husband to go to work but never came home. The car was discovered at 11pm that night on the promenade in Bray.

All these years on, Fidan still questions the timeline of that morning. Her sister’s car was first spotted by CCTV at the Power City roundabout close to her home in Clondalkin at 8am. “She had left her house at 7.15am, that roundabout is only a four-minute drive. If there’s no traffic, why did it take her so long to get there? Did she stop to help someone? Did someone get in her car?”

CCTV later captured her car driving erratically beside Bray strand where it nearly collided with a silver Skoda Octavia. The car was parked by the promenade at about 8.40am but CCTV footage does not show who was driving the car.

Footage which became available later as part of the investigation shows a woman moving towards Bray Head after 10am. However, Fidan is sure that woman is not her sister. “She doesn’t even have the same figure as her. And what did she do, sit in the car for 2½ hours before going for a walk? That’s not my sister.”

“A lot of papers have written her handbag was in the boot but we’re talking about a small purse. What woman shoves her purse in the boot of a car?”

We just need answers, good or bad. I’m hoping someone will look into their conscience and speak up

She also rejects the suggestion that Esra may have died by suicide. “My mother and mother-in-law were due to fly over on the Thursday and she was booking a posh restaurant for her birthday. Someone who is suicidal isn’t thinking about posh restaurants and birthdays.”

Fidan and her family remain hopeful that some day, someone who knows something will read about her sister and come forward. Esra’s husband Ozgur and her son now live back in the UK while Fidan travels over from London two to three times a year to renew the appeal and meet gardaí.

“We just need answers, good or bad. I’m hoping someone will look into their conscience and speak up.”

Esra is described as being 5ft 3in with dark hair and green eyes. When last seen, she was wearing black leggings, white Nike trainers and a dark top. Anyone with information is asked to contact Ronanstown Garda station on 01 666 7700, the Garda Confidential Line on 1800 666 111 or any Garda station.