Society is measured in part by how it treats its prisoners 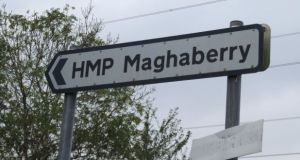 There are issues for staff as well as inmates in the North’s prison system. One in four new prison officers employed over the past five years have left their jobs, while existing staff continue to be targeted by dissident republicans

If a society is measured by how it treats its most marginalised people, does that extend to convicted criminals?

The answer from many quarters might be a firm ‘No’. Communities have a right to be protected from crime, especially violent crime. But the state also has a duty of care to inmates imprisoned for their offences. And if the public is to be protected, then that requires a better understanding of rehabilitation and of the role of addiction, mental ill-health and poverty as factors in a portion of offending.

Since The Detail news website was established in 2011, reporting on prisons has been a key theme of our work and has revealed challenging insights.

There are around 3,600 prison inmates in the Republic’s 14 jails and a further 300 prisoners are on temporary release. Research by the Probation Service in 2012 found the number of adult offenders on probation supervision who had misused drugs and/or alcohol was 89 per cent. Recent data from the Central Statistics Office (CSO) showed that reoffending rates by prisoners within three years of release was 45 per cent.

Each year an average of 17 inmates die in jails across the island — but nearly a third of deaths in the Republic are prisoners finishing sentences in the community. Prisoner deaths require particular attention because the state faces international human rights obligations on the responsibility for inmates and on the requirement to fully investigate fatalities.

Northern Ireland’s three prison sites hold about 1500 inmates, with 75 per cent identified by government as having mental health or addiction issues.

Catholics still form a higher proportion of the prison population. Is that linked to the higher levels of deprivation in the Catholic community?

A number of inmates on both sides of the border are held in solitary confinement for months and even years, despite a UN recommended limit of 15 days. Does that aid rehabilitation?

Prison staff face tough challenges in both jurisdictions and in Northern Ireland, one in four new prison officers employed over the past five years have left their jobs, while existing staff continue to be targeted by dissident republicans.

Many of the problems in prisons across the island, however, lead back to government policy and spending decisions. That can’t be tracked without first telling the stories of victims, inmates and life in our jails.

Steven McCaffery is editor of The Detail news and analysis website.