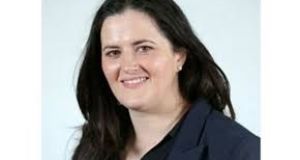 Stormont Justice Minister Claire Sugden announced a review of vulnerable inmates last month following the deaths of three prisoners within weeks of each other.

Ms Sugden said more than 75 per cent of inmates in Northern Ireland have a mental health or addiction issue. She told the Assembly that there would be an internal review by the Departments of Justice and Health into vulnerable prisoners in custody.

“Identifying and supporting prisoners with mental health issues remains a high priority for the Northern Ireland Prison Service. However, not every episode of self-harm can be prevented. Tragically, some suicides will happen despite the best efforts of staff.”

There were around 1,500 prisoners behind bars in Northern Ireland in December 2016, according to the latest statistics from the Department of Justice. The figures on prison deaths obtained by The Detail also show that:

* Maghaberry accounted for the highest number of deaths since January 2007 with nearly three quarters of the total [32], followed by Magilligan with eight deaths.

* There have been six prisoner deaths so far this year — all of which happened in Maghaberry.

* Natural causes and terminal illness accounted for 18 deaths across the ten-year period, followed by hanging in the cases of 17 prisoners. Drugs featured in six deaths.

* Of the 44 deaths in the past decade, the circumstances of more than one-third [18] have not yet been fully examined by a coroner.

Guidance by the World Health Organisation states prisoners should receive the same level of medical attention as they would get in the community. However, in at least five of the cases where death was a result of natural causes or terminal illness, independent experts raised concerns over the level of care received within the prison, including access to health services and late diagnosis.

The Detail asked the South Eastern Health and Social Care Trust, which is responsible for health provision in prisons, to comment on the number of deaths and on preventative action taken by the authorities. A spokesperson said: “The issue is complex and needs to be set in the context of societal, regional and national trends.

“Firstly, Northern Ireland has a higher rate of suicide than other areas of the UK.

“Secondly, the strategy for prevention of suicide in Northern Ireland ‘Protect Life’ recognises that self-harm and suicide is a societal issue requiring a response from all government departments.

“In the context of the prison, there are many variables impacting on a prisoner’s mental health and wellbeing such as the prison environment and regime, bullying, trading of drugs and lockdown of prisoners leading to long periods spent in cells.

“Strategies for dealing with self-harming behaviours include having alternatives to boredom, a structured and meaningful day, and a planned day out of the cell therefore the prison regime is a significant factor.”