Q&A: Who is supporting the Bill banning goods from Israeli settlements? 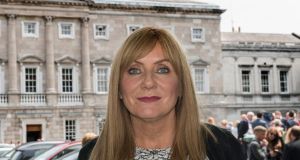 A Bill prohibiting the importation of Israeli goods produced in settlements in the Palestinian territories looks set to pass in the Seanad on Wednesday without Government support.

The Control of Economic Activity (Occupied Territories) Bill 2018 will make it an offence to purchase goods and services from Israeli settlements which have been condemned by Ireland and the EU as illegal.

Writing in today’s Irish Times, she said: “Though these settlements are repeatedly condemned as illegal by the European Union, United Nations and Irish Government, they continue to extract valuable natural resources and agricultural produce.

“These goods are exported and sold on shelves around the world, including in Ireland, to keep the show on the road. There is a clear hypocrisy here – how can we condemn the settlements as ‘unambiguously illegal’, as theft of land and resources, but happily buy the proceeds of this crime?”

Who is supporting the Bill?

Last week Fianna Fáil decided to support the Bill. Foreign affairs spokesman Niall Collins said on Monday its senators will vote in favour of it today.

The Government is opposed to the Bill and Minister for Foreign Affairs Simon Coveney has been active in lobbying Fianna Fáil members against it. However some Independent members of the Government have expressed their support.

Independent Minister Finian McGrath said on Monday he would be “urging Cabinet members to support the Bill”.

“I’ve always been very supportive of the Frances Black Bill,” Mr McGrath said. “Ireland needs to do more for the Palestinians.”

Big day today. Occupied Territories Bill in Seanad 2.45pm, here's why 👇. Trade in #SettlementGoods sustains injustice, time for Ireland to show some leadership and stand against it! 🇵🇸🇮🇪 https://t.co/2XxQVtqVrl

Thank you the people of Ireland for your legendary humanity, please help @frances_black pass this bill and end the use of #SettlementGoods pic.twitter.com/rW9iUtqTXF

Sinn Féin, Labour, the Social Democrats and the Green Party will also support it as will several non-Government Independents including the former minister for justice, Senator Michael McDowell.

The Palestinian community, including those in Ireland, are strongly in favour of the Bill. Some prominent Israeli’s have also expressed support. During a previous effort to pass the Bill, in a letter to this newspaper, former Israeli ambassadors, politicians and an ex-attorney general urged its passage.

“We are convinced that Israel’s ongoing occupation of the Palestinian land in the West Bank and East Jerusalem is morally and strategically unsustainable, is detrimental to peace, and poses a threat to the security of Israel itself,” they wrote.

Outside the Oireachtas the Bill has received strong support from aid agencies like Trócaire and Christian Aid Ireland. There has also been some celebrity support. On Sunday Pink Floyd musician Roger Waters uploaded a video urging people to contact their representatives in support of the Bill.

What does the legislation do?

Ireland currently imports a wide range of products from areas in Palestine which have been illegally settled by Israel. Mr Coveney has previously called the settlements “unambiguously illegal” under international law and said they violate the rights of the occupied population.

If passed, the Republic of Ireland will become the first EU country to ban settlement products. The law would stop the import of goods and services from the settlements but would not apply to those from within Israel itself. About 600,000 Israelis live in over 230 settlements in Palestine.

What is the Government position?

The current Government has repeatedly spoken out against the settlements as has the EU and UN. However it will not support the legislation as it does not want to go it alone; it wants a common EU response to the situation.

The Attorney General has advised that the law would be a breach of EU trading regulations which state member states cannot impose trade bans unilaterally. But campaigners have commissioned two legal opinions which say an exception can be made if it is a matter of public policy.

Haven’t we been here before?

Yes, just six months ago. When the Bill was first tabled in the Seanad in January, senators agreed to delay a vote until today. This came after Israeli prime minister Benjamin Netanyahu ordered that Ireland’s Ambassador to Israel be summoned to the foreign ministry to account for the proposed law.

Mr Netanyahu’s condemned the Bill as seeking to harm Israel. “The initiative gives backing to those who seek to boycott Israel and completely contravenes the guiding principles of free trade and justice.”

Concerning the Bill, a spokeswoman for the Israeli Ambassador told The Irish Times: “The embassy of Israel is concerned by Bills that further the divisions between Israel and the Palestinians. Legislation, which promotes a boycott of any kind, should be rejected as it does nothing to achieve peace but rather empowers the Hamas terrorists as well as those Palestinians who refuse to come to the negotiating table.

“Closing doors will not in any way facilitate Ireland’s role and influence. There are direct parties to the conflict. Boycotting one of them will not do any good and is immoral.”

This will be the first time members of the Oireachtas have had the chance to vote on the Bill. If it passes today it is expected to move through the rest of the stages in the Seanad relatively quickly next term before going to committee stage and then the Dáil for debate and vote.

If the parties maintain their support the minority Government will be outvoted and the Bill will become law.

Wednesday’s debate begins at 2.45pm with the vote at 4pm. Proceedings can be watched here.

Man on trial for garda’s murder admitted lying about movements

Man allegedly lured to farmhouse, beaten and told to pay £50,000

Man on trial for garda’s murder admitted lying about movements 15:24
Greens want other parties to ‘woman up’ and get on with government talks 15:10
Woman who says she was trafficked from Nigeria wins court challenge 15:09
Galway’s traffic is ‘crippling and stifling city living’ 14:43
Alan Kelly seeking to return Labour to ‘leadership of the left’ 14:28