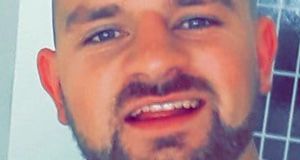 Patrick “Pa” O’Connor, who was pronounced dead at University Hospital Limerick in the early hours of Sunday. Photograph: Press 22

Gardaí have begun a murder investigation into the fatal stabbing of a young man in a Limerick pub where he had earlier been watching television coverage of the soccer World Cup.

Patrick “Pa” O’Connor, from Kileely, Limerick city, was stabbed in front of onlookers by another man in Fitzgerald’s Bar, in Thomondgate, around 11.55pm on Saturday.

The 24-year old was pronounced dead at University Hospital Limerick in the early hours of Sunday.

Senior gardaí investigating the fatal stabbing said they had begun a murder inquiry.

Appealing for witnesses, Superintendent Derek Smart, who is leading the murder investigation, said: “I’m satisfied Mr O’Connor died inside in a public house, not at his own hand.”

He said, “there were a large number of people within the public house (Saturday) evening (watching) two World Cup games early yesterday afternoon and into the evening”.

“A number of people have come forward and we have actively interviewed them and taken statements from them, and I’d like to thank them for coming forward to us.”

However, Supt Smart said a number of other people haven’t come forward yet “and we are seeking their assistance to tell us what they saw within the public house”.

A post mortem on Mr O’Connor’s body was to be carried out by deputy state pathologist Dr Maragaret Bolster on Monday afternoon.

Supt Smart said: “It’s obviously a very trying time for the (victim’s) family and we are liaising closely with the family. I would ask that they be given the freedom to grieve.”

Gardaí have harvested CCTV footage from Fitzgerald’s Bar. However, it was unclear if the killing was caught on camera.

Supt Smart said gardaí were still trying to confirm a motive and that forensic officers were at the pub looking for evidence to the killer’s identity.

Local Sinn Féin TD, Maurice Quinlivan, who lives close to where the killing occurred, said the community was “in shock”.

“Fitzgerald’s Bar is my local pub. I live about 200 yards from it,” he said. “I would encourage anyone who may have any information, no matter how small they think it might be, to forward that information to the gardaí.

“ I’m not sure what happened exactly, but my sympathy goes out to the family of the person who died. I hope the gardaí find the perpetrator and bring them to justice as soon as possible.”

An armed garda support unit was also deployed in the early stages of the investigation. Locals who gathered in shock at the scene said they were “horrified”, “disgusted”, and, “frightened”.

Appealing for information, “no matter how small you think it might be”, Supt Smart appealed to witnesses: “If you saw or heard anything at all, either in the pub or outside the pub, my appeal is that you would contact us at Mayorstone Garda Station on 061-456980, or on the Garda Confidential number, 1800-666-111.

“Things may have been heard by people who might think as being insignificant, but (if it’s) anything at all, we’d ask you to pick up the phone and give us a call; it might be the vital part of the jigsaw that we need.”