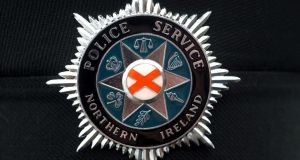 A total of 14 searches were conducted in Belfast, Newtownards and Comber from early on Friday morning. Photograph: Trevor McBride

Eleven men have been arrested by police during co-ordinated raids targeting loyalist paramilitaries in Belfast.

The Police Service of Northern Ireland (PSNI) also seized drugs, cash and expensive cars and jewellery in an operation against the criminal activities of the East Belfast Ulster Volunteer Force (UVF).

A total of 14 searches were conducted in Belfast, Newtownards and Comber from early on Friday morning.

The suspects, who are aged between 22 and 48, were taken into police custody for questioning.

PSNI Det Supt Bobby Singleton said £15,000 (€17,000) of suspected cocaine had been seized, along with a number of high value vehicles, and expensive clothing and jewellery.

He said a significant quantity of cash had also been seized.

The raids were undertaken by the PSNI’s specialist Paramilitary Crime Task Force.

Mr Singleton said: “Paramilitaries claim to protect local people but in reality they exploit them by supplying illegal drugs and using violence to try and control their markets.

“East Belfast UVF are nothing more than a drugs gang who operate under a flag of convenience in an attempt to legitimise their existence.

“Working with our partners and communities we are determined to rid our communities of these parasites.” – PA

1 Election 2020: 10 key questions to ask candidates on your doorstep
2 Election 2020: Peter Casey to stand in both Donegal and Dublin West
3 Which jobs do teenage girls and boys aspire to have by age 30?
4 Eating out in Dublin – the homeless way
5 Mary Lou McDonald upset by SF councillor’s ‘vile’ comments
Real news has value SUBSCRIBE