Parents need to monitor their children’s internet use, says ISPCC 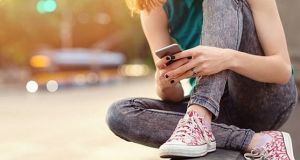 The ISPCC said parents need to look at the ‘amount of time their children are online, what age they start going online and what they are watching’. Photograph: Getty

Children’s advocates have stressed the need for parents to monitor their children’s internet use and establish an environment in which young people can seek help if they are approached by predators.

Speaking after the sentencing of Matthew Horan on Friday to a nine and a half year term, following his exploitation of two nine-year-old girls, Grainne Long chief executive of the Irish Society for the Prevention of Cruelty to Children (ISPCC) said parents must set boundaries and structures for their children’s internet use.

“They need to look at the amount of time their children are online, what age they start going online and what they are watching,” she told RTÉ’s News at One.

Encouraging parents to sit down and talk through the issues with their children, she said if they were uncertain about the technology being used, they should call into stores where staff can advise them.

“They key point is this is a solvable problem,” she said.

Ms Long said there were “a huge amount of things” the Government and State could do such as adopting a Cyber Safety strategy.

She welcomed plans for a Digital Safety Commission and called for additional powers for gardaí such as the power to seize phones similar to drug seizure powers.

Áine Lynch, chief executive of the National Parents Council primary, said it is difficult for parents to keep up with different apps and online platforms but focusing on these individually is not necessarily the answer.

The threat of adults seeking to abuse vulnerable children has existed since before technology, she said, and “we need to take the learning from that [AND APPLY]it to the online life of the child as well”.

“What will keep children safe is to empower them to do things - one of the things that is always common is that children haven’t been able to tell anyone about it,” she told The Irish Times.

“Parents first need to look at how they can support children and make sure they have strategies and resources so that if they get into difficulty they can tell someone.”

Detective Superintendent Declan Daly said the Horan case was a reminder of the dangers posed by online activity.