No criminal charges for garda who fired fatal shot at murderer 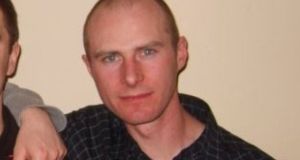 Mark Hennessy was shot dead by a garda in Cherrywood last May.

An armed Garda member who fired the shot that resulted in the death of Mark Hennessy, who abducted and murdered Jastine Valdez last year, will face no criminal charges over the incident.

A decision must now be taken by the Garda Síochána Ombudsman Commission (Gsoc) on whether or not a disciplinary inquiry should now commence.

The direction by the Director of Public Prosecution (DPP) that no criminal charges should be pursued against the Garda member who fired the fatal shot was anticipated. It comes after an investigation by Gsoc.

The commission, which investigates complaints made about Garda members as well as matters of public interest related to policing, was legally obliged to open a criminal investigation into the shooting.

It was also legally obliged to send a file on the criminal case to the DPP at the conclusion of its inquiry.

However, as armed Garda members are permitted to open fire to protect life and property, it was always highly unlikely the Garda member who fired the shot would face criminal charges.

Gsoc has confirmed to The Irish Times that a file was sent to the DPP’s office, which has recommended no charges be pursued against the garda who fired the fatal shot. The commission made no further comment.

It is now open to Gsoc to commence a disciplinary inquiry into the incident. The Garda watchdog was precluded from opening a disciplinary investigation before the DPP had issued its direction on the criminal aspect of the case.

It was unclear at the time of writing if a separate investigation by the Garda into the shooting dead of father of two Hennessy (40) in May, 2018, had concluded.

The death of Hennessy is down for mention on Thursday before Dublin Coroner’s Court. A brief hearing offering an update from the Garda was expected.

Hennessy, a construction worker with an address in Bray, Co Wicklow, had been the subject of a manhunt for almost 24 hours when he was shot dead by the armed garda in Cherrywood Business Park on Sunday, May 20th, 2018.

He had abducted Ms Valdez, an accountancy student from the Philippines, from a roadside just outside Enniskerry, Co Wicklow, at about 6pm the previous day.

No evidence has ever emerged that the killer and his victim knew each other or had ever met.

However, at the time he was spotted in his Nissan Qashqai in Cherrywood and approached by Garda members, gardaí did not know Ms Valdez was dead and believed he may have been holding her hostage in the car.

Garda closed in on his vehicle and it appears Hennessy was making stabbing motions with a knife inside his vehicle. A shot was discharged at Hennessy by a Garda member.

A postmortem on Hennessy’s remains showed he had been shot in the shoulder and that the bullet entered his torso causing fatal injuries.

A knife was found in his vehicle and his body showed several injuries consistent with self harm.

In response to queries, Garda Headquarters said: “As the death of Mark Hennessy remains before the Coroners’ Courts we are not in a position to comment.”