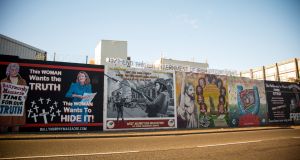 The absence of a Northern Executive and Assembly has had a “major adverse impact” on plans to tackle paramilitarism in Northern Ireland, the Independent Reporting Commission (IRC) stated in its first annual report published on Tuesday.

The commissioners reported that more than 20 years since the Belfast Agreement that paramilitarism remains a “stark reality” in Northern Ireland.

They hoped that in its 2019 report that it would be “in a position to show evidence of greater disruption of paramilitary activity”.

The IRC was established in August last year by an International agreement between the British and Irish governments under the terms of the 2015 Fresh Start Agreement at Stormont.

Unlike the disbanded Independent Monitoring Commission it does not provide operational assessments on the status and threat level from republican and loyalist paramilitary organisations.

The commissioners reported that “nobody should be under any illusion” how serious was the absence of a Northern Executive in combatting paramilitarism.

“The absence of the structures of political leadership in Northern Ireland over the past two years has been a significant impediment in terms of implementing that task,” they said.

Mr O’Connor said it was vital that Stormont be restored so that local politicians could push ahead with a policy to confront paramilitarism. “The return of the Executive would be a hugely important piece of driving all of that forward,” he said.

Dr Reiss warned that “without having truly functioning governance structures in place here the goal to end paramilitarism is going to lag”.

Prof McWilliams said Brexit had “created a lot of uncertainty” as the authorities struggled to deal with the paramilitary problem.

The IRC said that since the Fresh Start Agreement there was now “a comprehensive and credible pathway to a more positive peace that includes the ending of paramilitarism as well as sustained investment in communities that have fallen behind”.

The report said that dealing with paramilitarism required a twin-track approach, “tackling systemic issues at community level alongside a criminal justice response”.

“Bringing paramilitarism to an end and tackling the deep systemic issues that affect communities where the paramilitaries operate are significant challenges and their achievement will require public buy-in and public confidence in the measures needed to address them.”

The commissioners referred to funding of £12 million provided by the Tackling Paramilitarism Programme Board - another outcome of the Fresh Start Agreement - to support areas such as west, north and east Belfast; Larne; Lurgan and Carrickfergus, which are viewed as vulnerable to paramilitary influence.

They stressed however that there must be “careful and robust governance around funding” to ensure the money does “reach the hands of those involved in paramilitary activity and criminality”.

The commissioners further referred to the link between deprivation and paramilitary actions such as “punishment” shootings and beatings. They noted how out of the North’s 462 electoral wards “some form of paramilitary incident has taken place in 218 of them”.

As part of their work they got public feedback that “there are not enough dedicated and visible neighbourhood police officers serving those communities most adversely impacted by paramilitary activity”.

They also noted that there are proposals that could allow paramilitaries to adopt children and that the Executive, should it be reformed, had made a commitment so that ex-paramilitary prisoners could possibly get visas to visit the United States.