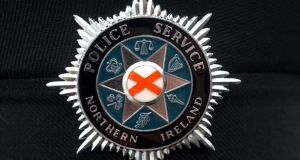 The PSNI said Pauline Kilkenny (59) was found by her sister at the house near Enniskillen.

A man has appeared in court charged with the murder of a woman who was found dead at her home in Co Fermanagh.

Pauline Kilkenny (59) was found dead on Tuesday at the property close to Enniskillen.

Concerns had been raised when she failed to turn up for work on Monday.

It is understood Ms Kilkenny had been stabbed 30 times in the head, neck and back.

The Police Service of Northern Ireland said Ms Kilkenny’s sister found her at the house on the Cornacully Road between Belcoo and Garrison.

Dolan had been charged by the PSNI with the murder of Ms Kilkenny on Thursday.

He was brought handcuffed into the dock wearing a grey round-neck jumper and light-coloured trousers. He stood and then sat with his head bowed throughout proceedings.

No application for bail was made. Dolan was remanded in custody.

He is set to appear before Enniskillen Court on December 10th.

In a statement issued earlier this week, Ms Kilkenny’s family said they were coming “to terms with the devastating loss of our beautiful, vibrant daughter, sister, aunt and friend”.

“Our time will be spent remembering Pauline for the incredible personality she was and feeling so grateful to have lived her life with her,” they said in the statement, released by the PSNI.

A 26-year-old woman also arrested by police in connection with the incident was released unconditionally on Thursday. - PA