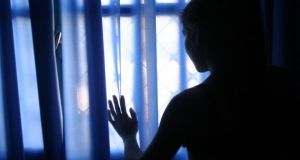 Criminalising the purchase of sex, but not the sale of sex, is the best way to end the demand for prostitution and effectively tackle trafficking, according to a Europe-wide report published today.

Criminalising the purchase of sex, but not the sale of sex, is the best way to end the demand for prostitution and effectively tackle trafficking, according to a Europe-wide report published today.

The European Union’s Disrupt Demand report follows two years of collaboration between the Immigrant Council of Ireland with agencies in Cyprus, Finland, France, Lithuania and Sweden to find a way of preventing human trafficking for sexual exploitation.

It follows the signing into law last year of the Criminal Law (Sexual Offences) Act 2017 which criminalises the purchase of sex but decriminalises those engaged in sex work.

The Immigrant Council of Ireland, which led the EU project, said the research also highlighted the vulnerabilities of migrant women who, in many countries including Ireland, constitute the majority of those being exploited in the sex trade. Brian Killoran, head of the Immigrant Council, called for Ireland to follow in the footsteps of Finland by appointing an independent national rapporteur on human trafficking to help protect victims in the State.

Monica O’Connor, co-founder of the UCD Sexual Exploitation Research Project, said laws criminalising the purchase of sex “flow from the understanding of prostitution as a form of violence against women”.

Ms O’Connor said the demand to buy girls or women to supply sexual acts was no longer regarded as “legitimate or acceptable within society” and that therefore the purchase of sex was a criminal offence. She commended the Swedish approach to sex work which she said was “underpinned by principles of gender equality” and had proven to be effective in anti-trafficking and as a demand reduction measure.

Mia de Faoite, an activist and survivor, welcomed the report and echoed the finding that criminalising the purchase of sex was “the most effective way” to reduce trafficking women and girls into prostitution. “A law aimed at buyers works because it puts them at risk of bringing what they do in the dark, into who they are in the day, and that is a risk many will not take,” she said.

Ms de Faoite also called for greater Garda resources to ensure the purchasing of sex in Ireland was criminalised.

“Ireland is on the right side of history; a philosophical shift in our nation has begun which will create a more equal and humane society in which prostitution has no place.”

The Sex Workers Alliance (SWAI) criticised the report for failing to address “the reality of the lives in all their diversity”. Rather than serving to protect those in sex work, the Alliance warned that last year’s legislative change had led to an increase in attacks against sex workers.

“We have already seen an increase in violence against sex workers in the short time since the criminalisation of clients has been introduced in Ireland,” said Kate McGrew, director of SWAI.

“Even though sex work becomes more risky, difficult or dangerous, it is seen as worth it. Are currently working sex workers collateral damage in the futile quest to eradicate sex work entirely?”

She called for the voices of sex workers themselves to be heard in the review of the Criminal Law (Sexual Offences) Act 2017 which is due to take place in 2020 so that their evidence could be included in the shaping of Irish policy on sex work.