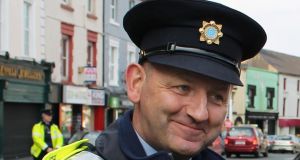 The Disclosures Tribunal has delivered a devastating finding against former Garda commissioner Martin Callinan, who it found conducted a “campaign of calumny” against Garda whistleblower Sgt Maurice McCabe.

Mr Justice Peter Charleton, in a hard-hitting report published on Thursday, said he did not accept the evidence tendered by the former police chief who denied ever smearing Sgt McCabe.

The tribunal instead accepted the evidence of the former chair of the Dáil Public Accounts Committee, John McGuinness, that Mr Callinan told him, in Leinster House on January 23rd, 2014, that Sgt McCabe was a “kiddie fiddler”.

The comment was made by Mr Callinan after an appearance by him before the committee at which he described the activities of whistleblowers as “disgusting”.

The Supreme Court judge, Mr Justice Charleton, also accepted the evidence of Mr McGuinness that on the following day, January 24th, 2014, during a meeting in a car park in west Dublin, Mr Callinan said Sgt McCabe had “sexually abused his family and an individual, that he was not to be trusted”.

Sgt McCabe was the subject of an historical child sex abuse allegation in 2006. The Director of Public Prosecutions said no charges should be brought and that even if what was claimed was true, it would not constitute an assault.

Mr Callinan, in his testimony to the tribunal, said he had not said anything derogatory about Sgt McCabe and would not do so. “The conversations as described by John McGuinness TD took place,” the judge decided.

Mr Justice Charleton said “the tribunal has been convinced that there was a campaign of calumny against Maurice McCabe by commissioner Martin Callinan and that in it he was actively aided by his press officer Supt David Taylor”.

The tribunal report contains repeated harsh criticisms of Supt Taylor, whom Mr Justice Charleton said lied to the tribunal and also submitted a sworn affidavit to the High Court that was “entirely made up of nothing but lies”.

Supt Taylor, who is still a serving officer, pursued a scheme to do down Sgt McCabe that somehow evolved while he was working “cheek by jowl” with Mr Callinan, the judge said.

The tribunal, the judge noted, was told the appointment of Supt Taylor as head of the Garda Press Office happened because he was “talented, experienced, articulate and so on. He is not.”

The judge said there was no credible evidence Mr Callinan’s successor, Nóirín O’Sullivan, “played any hand, act or part in any campaign” against Sgt McCabe, as alleged by Supt Taylor.

He also completely rejected accusations that Ms O’Sullivan had, during the confidential hearings of the O’Higgins commission – which investigated allegations from Sgt McCabe of low policing standards in Cavan/Monaghan – instructed her legal team to make unfounded allegations against Sgt McCabe. “That simply never happened,” he said. Ms O’Sullivan eventually resigned from her position in part because of the allegations that have now been rejected by the tribunal.

Mr Justice Charleton fully accepted the evidence of former tánaiste and minister for justice Frances Fitzgerald about her knowledge of, and responses to, an alleged Garda strategy to undermine the reputation of Sgt McCabe at the O’Higgins commission. He found her decision not to interfere when informed of the strategy “was not a lazy dodging of the issues but rather a considered response to the information”.

The judge had high praise for Sgt McCabe, whom he said was “repulsively denigrated for being no more than a good citizen and police officer”.

However, he also noted that Sgt McCabe, because he feels so deeply about matters, was sometimes prone to exaggeration.

The report contains harsh criticisms of Tusla, the Child and Family Agency, and of the culture in An Garda Síochána.

Evidence presented by some senior Garda officers to the tribunal was “untenable”, the judge said. “A cultural shift requiring respect for the truth is needed.”

Sgt McCabe currently has a number of sets of proceedings before the High Court, one of which is against the Health Service Executive/Tusla. Another is against Ireland and An Garda Síochána arising out of the smear allegations.

Sgt McCabe’s solicitor, Sean Costello, said his client had been “vindicated” by the tribunal report.