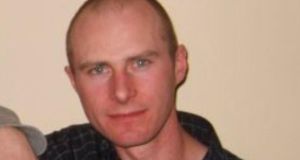 Mark Hennessy “looked like a man possessed” in the moments before he was fatally shot by a garda.

The detective who shot Mark Hennessy told an inquest into his death he believed Jastine Valdez was in the car with Hennessy and he was about to slit her throat. The detective, known as Garda A said he discharged his weapon to stop Mark Hennessy.

“I could see movement and struggle it was rapidly evolving. I believed he was about to slit her throat and in that split second I had no other option, there was absolutely nothing else I could have done. He was non-compliant to all of our demands, she was at imminent risk of death,” he said.

Garda A, a detective for the past 18 years, said he had no other option but to discharge his firearm.

“The behaviour, he looked like a person possessed, his eyes, I will never forget it,” he said.

Garda A was off-duty on May 20th 2018 but joined the search for the missing 24-year-old Filipino student, Jastine Valdez, who had been violently abducted from Enniskerry, Co Wicklow, the previous day.

From a radio call Garda A was informed a member of the public was following Mark Hennessy and there was a second occupant in the car. Hennessy drove into Cherrywood Business Park.

Garda A drove into the car park and stopped directly in front of the Nissan Qashqai Mark Hennessy was driving.

“He was in the driver seat, he was moving from side to side. He looked uneasy and agitated.

“He looked straight at me. He looked like a man possessed, he held the knife at the window and pointed it at me. I was aware he’d used violence in the abduction and I was concerned for Jastine Valdez’s safety,” Garda A said.

“I blocked the Nissan to the front and another unmarked car blocked it to the rear. I put out an urgent assistance request. Mark Hennessy was moving around in the front of the vehicle in a very agitated state. He was struggling with something in the front passenger stepwell area,” Garda A told the court.

“I shouted at him ‘Armed police, drop the f***ing knife,’ I shouted this a number of times,” he said.

“I took up position and began drawing my weapon from the holster,” he said.

Garda A said he was satisfied Jastine Valdez was in the car given the information received and his assessment of the situation.

“I observed the knife moving from a higher position and saw it was being lowered into skin. I thought he was slitting Jastine Valdez’s throat. I had to take decisive action. I was not prepared to take any risk. I shouted ‘He’s going to slit her throat.’ In that split second I thought the threat to her life was imminent.

“I took aim at Mark Hennessy and discharged the firearm, there was no other option open to me.”

“I was focused on Mark Hennessy and the actions within the vehicle. I was in great fear that Jastine Valdez was in the vehicle and she was in imminent danger.

Asked by the coroner about his firearm training, Garda A said that lethal force is the last option.

“The threat has to be unlawful. This was a false imprisonment case where Mark Hennessy was in possession of a knife,” he said.

Hennessy was pronounced dead at the scene at 8.38pm.

The inquest heard pathology evidence from Acting State Pathologist Dr Linda Mulligan, who gave the cause of death as a gunshot wound to the right upper arm and chest.

A 21.3cm long incise wound on Hennessy’s left forearm was a contributory factor, the court heard. Hennessy was deemed to have been mildly intoxicated at the time of his death and there was evidence of recent cocaine use, according to the autopsy.

The inquest continues on Thursday.