Man taken to hospital after shooting in north Dublin 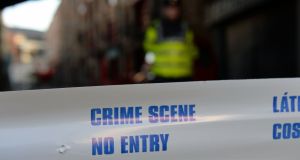 A man has been hospitalised after being shot in the Kilbarrack area of north Dublin on Sunday night.

Gardaí were alerted to a shooting at about 9.30pm at St Berach’s Place near Kilbarrack Dart station.

One man was injured and was taken to Beaumont Hospital. A Garda spokeswoman said that the man sustained non-life threatening injuries.

An investigation has been launched into the incident. No arrests have been made.