Dean Lyons made a bogus admission, apparently as an attention seeking exercise 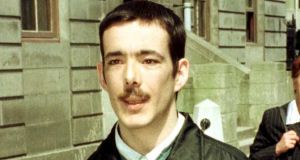 In today’s terms, Dean Lyons would be classified as having a moderate general learning disability

Dean Lyons, the man who first admitted the killings of Sylvia Sheils and Mary Callanan, was 23-years-old at the time of the murders.

Born on April 20th, 1973, Lyons was the son of John and Sheila Lyons. He was fourth in a family of six children and grew up in Tallaght, west Dublin.

He was educated at Scoil Aonghusa National School in Tallaght and while he did well socially he struggled academically from the outset.

In today’s terms, he would be classified as having a moderate general learning disability.

A question arose while still in national school as to whether he should be moved into special education. However, his family felt as he was doing well socially in mainstream schooling, he should remain there.

In sixth class he was assessed by a psychologist attached to St John of God’s Child and Family Centre, Tallaght. The test revealed he had an IQ of 70. However, his verbal skills were found to be much higher than his performance IQ.

At that stage he had been receiving remedial teaching at school and could read words but often did not know what they meant.

After the assessment in sixth class, he attended St Joseph’s Special School in Tallaght, which served the needs of children with learning disabilities.

Teachers who spoke to the Commission of Investigation into how Lyons made admissions to the Grangegorman murders said he was brighter than others in the school. They also said he was polite and affable.

The report notes: “[The teachers] remember him loving to be noticed and not really worrying whether the notice was for good things or bad things as long as he got attention.”

Once when his father had cardiac problems, Lyons feigned a heart attack so convincingly in school that staff believe he was genuinely ill.

On another occasion he feigned a spinal injury and persisted with the pretence until he reached hospital, where he jumped off the stretcher.

When a female friend was once caught shoplifting, Lyons insisted to a store detective that he was responsible. His lie was only exposed when the CCTV footage was viewed.

During his time in St Joseph’s he had attended Tallaght Community School for woodwork classes. He moved there in 1987 and stayed for almost three years, leaving when he passed four subjects in the Group Cert.

After leaving education he took part in a Youthreach programme as a part of a gardening project.

He never held down a steady job and by 1997, the year of the Grangegorman murders, he had drifted into drugs to such an extent that he had been injecting heroin for around three or four years.

His drug taking worsened when he moved out of the family home and lived rough in derelict buildings in Dublin city centre.

By 1997 he only had one conviction, for a burglary in 1993 for which he was jailed for six months. However, the commission said evidence had emerged that he was involved in crime daily by 1997 to feed his drug habits.

He engaged in stealing from unattended vehicles, larcenies and also robberies in which blood-filled syringes were used as weapons to threaten victims.

He was charged in September 1997 with two syringe robberies, while remanded in custody having made a bogus admission to the Grangegorman murders.

After being charged in relation to the Grangegorman murders, he was tested psychologically again and was found to be in the top five per cent of the general population in terms of being suggestible.

The Commission of Investigation essentially found he was a very suggestible fantasist and had gleaned information about the Grangegorman murders when being questioned about them.

He then inserted those facts into a bogus admission, apparently made as an attention seeking exercise.

In 1998 when the charges against Lyons were dropped he was released from prison after nine months on remand and went to the UK.

After spending a brief period there in prison, he was found dead of a heroin overdose in September 2000 in Manchester.