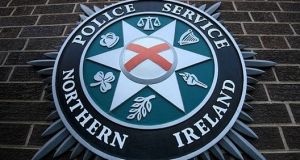 A police officer said the PSNI “strongly opposed bail” for Joseph Joyce, voicing fears he could abscond, threats to his life, potential interference with witnesses and reoffending. Photograph: Getty Images

A man charged with the murder of John Paul McDonagh in Enniskillen, Co Fermanagh,“deeply regretted” his death, a court has heard.

Joseph Joyce ( 29), of Coolcullen Meadow in Enniskillen, is facing three charges in connection with the death of the 18-year-old. Mr McDonagh died in hospital on Monday after being stabbed on Saturday.

Mr Joyce has been charged with murder, possession of an offensive weapon in a public place and wounding with intent to do grievous bodily harm. He said he understood the charges when they were put to him at a sitting of Strabane Magistrates’ Court in Dungannon on Thursday.

A PSNI officer confirmed in court that Mr Joyce handed himself in for interview on Tuesday and provided a statement.

He also agreed that Mr Joyce “deeply regretted” that Mr McDonagh had died, and that he had said he did not intend to kill him but that he had been attacked by three men.

Outlining the background, a prosecution lawyer said an altercation had started over garden fences.

“It escalated into three McDonagh males approaching Joe Joyce’s house brandishing weapons and the defendant coming out of his house with what is described as a scythe,” he told the court, adding that “all parties were described as attacking each other”.

“John Paul McDonagh was taken to hospital with an injury to his left leg... this was described as life-threatening. His brother Gerard McDonagh (36) was also brought to hospital with minor injuries but later discharged.”

The police officer said the PSNI “strongly opposed bail” for Mr Joyce, voicing fears he could abscond, threats to his life, potential interference with witnesses and reoffending.

“Tensions are running high in the area in relation to this incident; a number of threats have been made on Mr Joyce’s life. It is felt that Mr Joyce may fear for his own safety within this jurisdiction, or even within the Republic of Ireland, and that he may flee further afield,” he told the court.