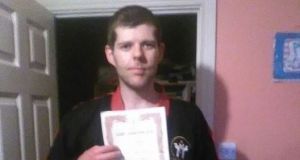 Tributes have been paid to a young Co Clare man who died following a serious assault in Ennis earlier this week.

The victim has been named locally as Eoin Boylan (32), who was originally from the town.

The assault happened at 3pm on Tuesday at Gordon Drive. Gardaí said Mr Boylan died in an ambulance after emergency services were called.

He was brought to University Hospital Limerick where a postmortem took place on Wednesday.

Banner Martial Arts and Fitness school said Mr Boylan was “the embodiment of kindness and humility” and “a determined student and a generous friend”.

“We will organise something in the coming days to remember Eoin by,” it said on social media.

A man in his late 30s was arrested and has been charged. He is due to appear before Ennis District Court on Thursday morning.