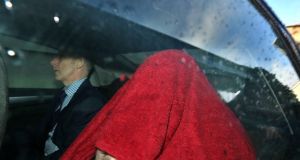 A 45-year-old man has been charged with the murder of Dundalk woman Irene White in 2005.

Niall Power with an address at Giles Quay, Riverstown, Dundalk Co Louth appeared before Dundalk District Court on Thursday morning. He faced a single count of murdering the mother of three on the April 6th, 2005.

He told the court that the accused made no reply to the charge . He applied for him to be remanded in custody.

Ms White died of 34 stab wounds in the kitchen of her home, the Ice House, Demesne Road, Dundalk, on April 6th, 2005.

Today’s charges come days after after Anthony Lambe (35) from Annadrumman, Castleblayney, Co Monaghan was jailed for life for carrying out the murder of Ms White thirteen years ago.