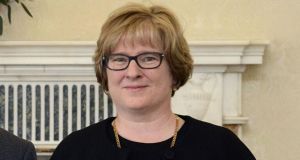 Ms Justice Aileen Donnelly: The Association of Judges of Ireland has strongly condemned personalised attacks in the Polish media on Ms Justice Donnelly.

Changes introduced by the Polish government since 2015 are described as “a shocking indictment of the status of the rule of law in a European country in the second decade of the 21st century”, in a document to be sent by an Irish High Court judge to the European Court of Justice (ECJ) in Luxembourg.

Ms Justice Aileen Donnelly said yesterday she was to finalise her order by close of business for sending to the Luxembourg court in a move that has provoked strong political reaction in Poland and may have repercussions across the EU.

She is asking the Luxembourg court, which oversees European Union law, for guidance in a case where she has deferred the extradition of an alleged drug trafficker because of “systematic damage” to the rule of law introduced by the Polish government since its election in 2015.

As the European Arrest Warrant (EAW) system is based on mutual trust between EU member states, she is asking the court for its view as to what is the correct approach to take when that mutual trust has broken down.

The move means the ECJ has now become involved in a crisis already involving the European Commission, the European Parliament and the Council of Ministers.

During a brief hearing yesterday, it was noted that the Polish government and others may want to be heard when the case comes before the Luxembourg court.

It is expected that it will be heard in two or three months’ time by a 17-judge Grand Chamber. Other member states are also likely to become involved as is the European Commission, and the case will most likely be the most important one heard by the ECJ this year.

Poland is seeking to extradite Artur Celmer for alleged drugs offences in 2007. Mr Celmer has been in custody here since May, solely as a result of the EAW from Poland.

The order to be made by Ms Justice Donnelly for forwarding to the Luxembourg court is expected to include an outline of the changes introduced in Poland as described in a “Reasoned Proposal” published by the European Commission in December last. She has described the document as a “shocking indictment” of the rule of law in Poland.

The changes to the role of the minister for justice in Poland have given the holder of that office “too many powers for one person” and have weakened the independence of the judiciary, the Commission has said.

Ms Justice Donnelly has referred to the Commission’s findings that 13 new Polish laws have a common pattern of giving more power to the government and the parliament so they can interfere in the Polish courts and judicial appointment system.

The judge noted that female judges had been discriminated against in one of the measures introduced by the Polish government, even though gender equality is cited in the Treaty of the European Union. Poland “appears no longer to accept that there are common European values which must be respected”.

A number of other people are in custody here awaiting extradition to Poland and are likely to have their EAW proceedings stayed pending the determination of the matters being referred to Luxembourg, the outcome of which may determine how they will be treated, the judge has said.

Representatives of the Polish embassy were in court this week watching proceedings. Last week the Association of Judges of Ireland strongly condemned personalised attacks in the Polish media on Ms Justice Donnelly.