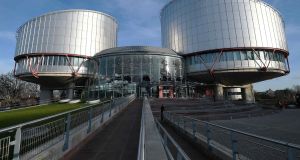 An Irish judge at the European Court of Human Rights has said the her colleagues took a ‘unduly narrow’ approach in their decision in the ‘hooded men’ case.

The Irish judge in the ruling on Tuesday by the European Court of Human Rights in the “hooded men” case has said her colleagues took a “unduly narrow” approach in their decision.

Judge Síofra O’Leary, in a dissenting judgment, said she did not agree with her six colleagues in the seven-judge Chamber that rejected an application from the Irish Government that the treatment of 14 men by the British Army in Northern Ireland in 1971, constituted torture.

The Government had asked the court to revise its 1978 judgement on the basis that new evidence had since come to light.

Judge O’Leary said she respectfully disagreed with the decision of the majority to reject the arguments that the “non-disclosed”information from the British Government contained facts that were known to the court in the 1970s, and with her colleagues’ decision that new evidence to do with medical matters did not constitute a matter that would have a “decisive influence” on the original ruling.

The majority based their decision almost exclusively on two paragraphs of the original judgment where the court concluded that the five interrogation techniques used on the men constituted inhuman and degrading treatment but not torture, she said.

On the basis of “an unduly narrow approach to the original judgment”, she said, the proceedings which led to it and the revision request itself, the majority considered that:”Without an indication in the original judgment that, had it been shown that the five techniques could have severe long-term psychiatric effects, this one element would have led the court to the conclusion that the use of the five techniques occasioned such ‘very serious and cruel suffering’ that they had to be qualified as a practice of torture, the court cannot conclude that the new facts might have had a decisive influence on the original judgment.”

She said the majority restricted their legal analysis further by concentrating exclusively on the two detainees chosen as illustrative cases to the exclusion of new evidence in relation to the remaining men.

The thrust and extensive detail in the revision request made in 2014 by the Irish Government “appears to have been ignored”, as had the nature and scope of the original proceedings and of the original judgment.

Furthermore, the implications which today’s judgment might have for other interstate cases or applications in which the court proceeds by way of illustrative or sample cases appear not to have been considered, she said.

The case taken by Ireland against the UK in the 1970s was the first ever taken by one state against another in relation to the European Convention of Human Rights.

The revision request was about non-disclosure - of a specific and of a general nature - by a “High Contracting Party” and its alleged failure to cooperate with the Convention organs, Judge O’Leary said.

It sought to demonstrate the purpose, nature and extent of such non-disclosure which had been alleged or suspected during the original proceedings but which had not been amenable to proof, and to establish the effect on the legal reasoning of the court which proof of such a policy might or would have had.

She said the court, which is called on to intervene in political and highly sensitive inter-state cases, knows the threat to the certainty and authority of its own rulings “of turning a blind eye” on a policy of extensive non-disclosure and obstruction.