Kinahan gang thought to be behind attacks on CAB houses 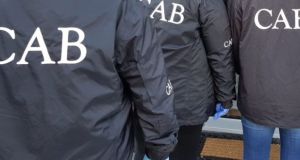 Gardaí say a series of attacks on seized property appears to be organised. File photograph: An Garda Síochána

Gardaí suspect a series of arson attacks on houses in Dublin seized from men linked to the Kinahan cartel has been organised by members of the cartel who have fled abroad in a bid to escape further investigation.

All the attacks, both in recent days and last year, were under investigation and gardaí say they appeared to be organised. They suspect the attacks have all been ordered, and paid for, by gang leader Liam Byrne or men close to him.

The Criminal Assets Bureau (Cab) has previously told the High Court in evidence that Liam Byrne, now living in the UK, was a “trusted lieutenant of Daniel Kinahan and the Kinahan organised crime group”.

Gardaí believe the attacks on the houses seized by the Cab were designed to discourage other people from moving into them and to cost the State money before they could be sold or occupied.

The latest arson attacks occurred in the early hours of Thursday morning when two properties were set alight within minutes in Crumlin and Clondalkin.

Both properties were extensively damaged and the attacks follow an arson attack on another property in Clondalkin when a car was driven into the house through the living room wall and window before the fire.

In the first of this week’s attacks, a house on Kildare Road, Crumlin, seized from criminal Sean McGovern was set on fire through the roof just after midnight on Wednesday.

Gardaí believe two men were involved and that they targeted the roof because the house was very securely boarded up with iron plates over the windows and doors.

A second house was then targeted on Rowlagh Park, Clondalkin, just into the early hours of Thursday morning, again through the roof of the boarded up house. *

During a search at the property before it was seized a bullet proof vest was found along with €20,000 in cash.

Sean McGovern, from whom the house in Crumlin was seized, was described by the Cab when it pursued him through the courts as a senior manager within the “Byrne organised crime group” in Dublin, which is the Irish section of the Kinahan cartel and was led by Crumlin man Liam Byrne (40).

McGovern’s home was one of the assets seized under the Cab’s Operation Lamp, which targeted Liam Byrne and his close associates in 2018.

Like many of the other gang members, McGovern has now left Ireland and gardaí believe he has lived for a period in Dubai. He was also injured in the gun attack on a boxing match weigh-in at the Regency Hotel in north Dublin in 2016 that sharply escalated the Kinahan-Hutch feud.

The house seized from him and which was targeted in the early hours of Thursday morning was due to return to Dublin City Council housing stock after being sold by the Cab to the council.

In August when the property on Grange View Road, Clondalkin, seized from Liam Byrne was set on fire it was the second time it had been vandalised. The same property was attacked in March, 2019, when another house on Kildare Road, Crumlin, was also targeted by arsonists.

During the attack on the house in Clondalkin last year the windows were smashed while fixtures and fittings were removed or smashed. The house was also flooded as a result of water pipes and sanitary ware being removed or damaged.