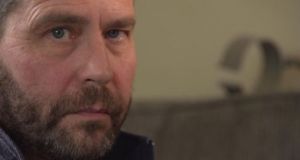 One of the chief suspects for the abduction and torture of Kevin Lunney, above, was among four men being questioned by gardaí on Thursday night. Photograph: BBC

One of the chief suspects for the abduction and torture of Kevin Lunney was among four men being questioned by gardaí on Thursday night.

The other three, all arrested in Dublin, are suspected of sourcing vehicles for the attack or carrying out surveillance on Mr Lunney ahead of his abduction near his Co Fermanagh home in September.

Among the four men is a 66-year-old suspect, arrested in Co Cavan, who is a person of central interest in the inquiry. He is close to a woman in her 50s and a man in his 20s who were among three people arrested and released without charge last week.

Gardaí believe the 66-year-old was a very close associate of Cyril McGuinness, also known as Dublin Jimmy, the man regarded as the leader of the Border gang that has been attacking and intimidating the Quinn Industrial Holdings (QIH) executive team in recent years.

McGuinness, a Dubliner who had long settled in Co Fermanagh, died of a cardiac event two weeks ago when English police raided a safe house he was staying in near Buxton in Derbyshire.

The raid was carried out at the same time the PSNI and Garda raided a series of addresses on both sides of the Border in connection with the attack on Mr Lunney.

McGuinness’s arrested associate has been a target of the Garda for some time and detectives were keen to speak to him about the discovery last month of a horsebox in which Mr Lunney was believed to have been beaten and tortured.

Gardaí said he was being detained at Monaghan Garda station under section 50 of the Criminal Justice Act, which allows for suspected gang members to be held for seven days.

That campaign began in early 2015, when they assumed control of Quinn Industrial Holdings, with US investor backing. The company was formerly owned by Seán Quinn, who lost his business empire in the economic collapse.

For almost a decade companies and executives and companies involved in the management or acquisition of assets formerly owned by Mr Quinn have been subjected to a campaign of violence. Mr Quinn has condemned the violence and has said that those carrying it out were not acting in his name.

Mr Lunney (50), a father of six, was abducted close to his home in Co Fermanagh on September 17th. His leg was broken and the letters QIH were carved into his chest during the 2½-hour ordeal before he was dumped on a roadside in Co Cavan.

A major Garda-PSNI joint inquiry has been under way since the attack, a major escalation of the campaign against the executives. Gardaí believe McGuinness fled to Derbyshire to evade the investigation.

Garda sources said McGuinness had taken documents, laptops and phones with him, all of which were recovered by Derbyshire police and have since been undergoing analysis by the PSNI.