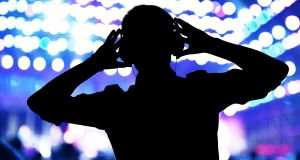 The Government is looking at several options in relation to improving night-time culture in towns and cities. Photograph: Getty Images

Night-time venues in cities and towns around the country could be permitted to stay open later under changes to licensing laws to be considered early next year.

The Department of Justice has indicated there will be a “consultation process” in the first quarter of 2020 around the amendment of licensing laws in order to foster and improve “night-time culture”.

Minister for Culture Josepha Madigan is developing a policy on night-time culture, and has suggested issues such as the staggering of pub closing times; the appointment of “night mayors”; and amendments to licensing laws will be examined.

Martina Colville, head of the legislative function in the Department of Justice, told the Oireachtas culture committee on Wednesday that she was open to a consultation process on licensing laws during the first quarter of 2020.

She said Minister for Justice Charlie Flanagan was “in principle in favour of enhancements to current arrangements”, but added he does not have “immediate plans” to amend the law in this area.

Instead, Ms Colville said he was keen that any changes occur in the context of a “structured approach”, which would take the form of a “consultation process” in the first quarter of 2020. She said there would be “large interest in terms of the stakeholder groupings”.

“This provides many opportunities for the arts community to extend their activities beyond 11pm that could be beneficial to audiences and businesses alike, subject to economic viability,” he said.

Dublin City Council chief executive Owen Keegan received a request from Ms Madigan earlier this year to set up a committee for night-time culture by the end of the month.

However, the committee heard Mr Keegan decided it was not possible within the timeframe suggested. Mr Yeates said research by relevant sectors and stakeholders was needed first, but that this would be completed by the end of this year.

Earlier, the committee heard from Sunil Sharpe of Give us the Night, an independent volunteer group seeking “fair conditions” for night-time venues, who said the issue extended beyond pubs and nightclubs.

“This is about opening our main urban centres later, that will move us in line with other European countries,” he said. “Why don’t theatres or galleries open later, or coffee shops, restaurants or even markets?

“Why is there not a business model for them to open, considering gyms open 24 hours and bus routes are now beginning to operate 24 hours. Despite having record levels of tourism, we’re ejecting people out of our towns and cities at artificially early times.

“We propose the reintroduction of the theatre licence for late-night cultural and music events, or a variation of this licence to be called a culture licence or a night-venue licence.”

Ciara O Connell, director of Central Arts in Co Waterford, said there was a “commonly held belief that Dublin nightlife culture is dying”.

“While this may be true, know that it is happening all over Ireland, and we have been feeling it for a long time,” she said.

“The legislation that dictates our night-time economy is outdated. It needs to be re-examined and overhauled and with allowance for venues outside the mainstream licensing system.”