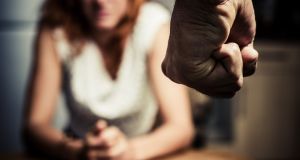 Offences under the legislation include assault causing harm or serious harm, threats to kill or cause serious harm, coercion, harassment, sexual assault and rape. Photograph: iStock

Irish citizens or residents who commit crime abroad and then return to Ireland can now be investigated and convicted of the offences in the Republic under new laws that came into effect at midnight.

Under the Criminal Law Extraterritorial Jurisdiction Act, a range of serious offences often committed by men within an intimate relationship can be investigated and prosecuted in the Republic even if perpetrated abroad, once the suspect is an Irish citizen or resident.

Murder and manslaughter are already dealt with in existing international agreements.

Minister for Justice Charlie Flanagan said the Act was a major development towards protecting victims.

“The commencement of this Act signifies that Ireland is committed to our international obligations and that we are steadfast in our efforts to combat violence against women and all forms of domestic violence,” he said.

“These new provisions can now be used to tackle violent crimes committed by Irish citizens and residents abroad.”

The Act was signed into law by President Michael D Higgins on March 5th and allowed Ireland to ratify the Istanbul Convention on International Women’s Day on March 8th.

While there has been a broad welcome from victims’ groups for the new legislation and its implications, some Opposition parties have criticised what they believed was the slow progression, pointing out that the Istanbul Convention opened for signature in May 2011, and came into force almost five years ago, in August 2014.

Three other pieces of linked legislation have been implemented:

– the Criminal Law (Sexual Offences) Act, enacted in 2017, which introduced a statutory definition of consent to a sexual act. It also provides protections to victims of sexual assault to prevent additional trauma when their case comes to court.

– and the Criminal Justice (Victims of Crime) Act, enacted in 2017, which includes a range of measures to protect and inform victims as their case goes through the criminal justice system.