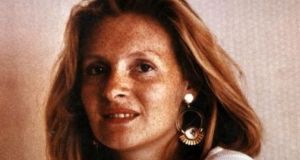 Sophie Toscan du Plantier (39) was found murdered at her holiday home near Schull in 1996. 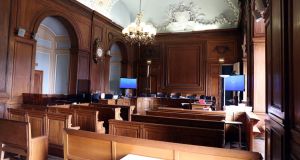 The room in the Palais de Justice de Paris where the trial of Ian Bailey is take place. Photograph: PA 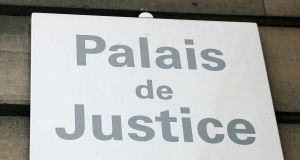 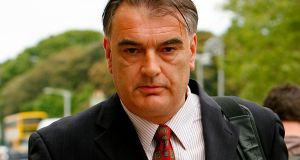 Neither Ian Bailey nor his lawyers will attend the week-long trial. Mr Bailey has repeatedly denied any involvement in the murder. Photograph: Getty

Murder victim Sophie Toscan du Plantier revealed a week before she was due to go to west Cork in December 1996 that she was due to meet “a weird guy who wrote poetry” on her trip, a court in France was told on Tuesday.

Agnes Thomas, a friend of Ms Toscan du Plantier, told the Cour d’Assises in Paris that her friend rang her a week before she came to Ireland on December 20th, 1996 and mentioned she was due to meet a man in Ireland who wrote poetry.

“She told me that she was going to meet this guy - a poet - to talk to him about his work. She said he was a ‘weird guy’ and I advised her that she should not meet him if he was weird.”

Ms Thomas said Ms Toscan du Plantier did not name the man she was due to meet.

Ms Thomas said she had blanked out this conversation with her friend due to the shock over her murder but she recalled it in 2015 when she began working with Association for the Truth about the Murder of Sophie Toscan du Plantier when they were talking about Ms Toscan’s du Plantier’s love of poetry.

Earlier on Tuesday, another witness, Gilles Jacob, a friend of Ms Toscan du Plantier’s second husband, Daniel, told the hearing Mr Toscan du Plantier was too shocked and distraught to come to Ireland to identify his wife’s body following her murder on December 23rd, 1996.*

Mr Jacob told how he drove to Mr Toscan du Plantier’s house on December 23rd when he heard about the murder and he was with his friend who was in a state of shock at the news. “He said: ‘I cannot go to Ireland to identify her’ - psychologically, he was not able to go,” said Mr Jacob.

He said Mr Toscan du Plantier adored his wife as she was not like any other woman he knew and he had bought the holiday home in west Cork as a present so that she could have somewhere to retreat to and take refuge when she wanted a break from life in Paris.

The trial in absentia of English journalist, Ian Bailey (62) for the voluntary homicide of Ms Toscan du Plantier at her holiday home at Drinane near Toormore on December 23rd, 1996 also heard evidence this morning from French pathologist, Dr Marc Taccoen.

Mr Bailey has repeatedly denied any involvement in the murder and denied he ever made any admissions in relation to Ms Toscan du Plantier s death.

He said injuries and fractures and wounds on the right side of her skull were consistent with a blow from a flat stone found near her body which was delivered with force from the side rather than from in front of her while the fatal blow was delivered when a block was dropped on her from a height.

The trial before judge Frederique Aline and two fellow magistrates at the Cour d’Assises de Paris in the Palais de Justice in the Ile de la Cite also heard evidence from French investigator, Damian Roehrig that gardai initially began looking for a French killer following a tip-off from Mr Bailey.

Mr Roehrig told the hearing local police in Schull, in west Cork had not dealt with a crime as serious as murder before and so lacked the necessary expertise which was why the crime scene was not properly preserved until more experienced officers came in from elsewhere.

He said one of the first lines of inquiry gardaí began looking at was whether Ms Toscan du Plantier may have been killed by someone who had travelled from France and they began that line of inquiry after a tip off from Mr Bailey that there was a French connection to the killing, he said.

However, the focus of their investigation shifted to Mr Bailey after they learned that he had a history of violent assaults towards his partner, Jules Thomas and how he sometimes behaved very strangely including howling at the moon and drinking himself into oblivion where he had blackouts.

Mr Roehrig also told how several Irish witnesses told French investigators Mr Bailey liked to scare women living on their own and he pointed to the testimony of one woman, Ceri Williams who said she once saw Mr Bailey howling at the moon near her house and so slept with an iron bar by her bed.

Mr Roehrig also said French investigators had spoken to a number of witnesses who had seen scratches on Mr Bailey’s hands in the days following the murder of Ms Toscan du Plantier on December 23rd, 1996, which were not there before the day of the murder.

He said they were satisfied Mr Bailey’s scratches were caused by coming in contact with briars which surrounded the murder scene and were not consistent with having been caused by cutting the top off a Christmas tree or by being nicked by a turkey as claimed by Mr Bailey when interviewed by gardaí.

He also told of witness, Sean Murray who had seen Ms Toscan du Plantier when she stopped for petrol at the garage in Skibbereen on December 20th and she had a passenger in the car whom he could not see but they later established the passenger seat had been pushed back to accommodate a tall person.

He also told of speaking to witness Bill Fuller who told French police he believed Mr Bailey was admitting to killing Ms Toscan du Plantier when he told “you went up there, you killed Sophie” after talking about seeing and fancying her in Spar in Schull as he had a habit of referring to himself in the second person.

He said even more forthright admissions had been made by Mr Bailey to schoolboy Malachi Reed when he said he went up and smashed Ms Toscan Plantier’s head in with a rock and to Richie and Rosie Shelley when he broke down and said he went too far which they took to be an admission of killing.

Mr Roehrig was one of two witnesses who testified on the opening day of the trial and followed another French witness, psychologist, Michel Larousse who built up a profile of Ms Toscan du Plantier for French investigators when they began their inquiry in 2008.

Asked by advocat, Marie Dose for Ms Toscan du Plantier’s family if the victim might be characterised as gullible and naïve, Mr Larousse said she was clearly very trusting as evidenced by the fact that she once invited a homeless person to sleep in her car and invited another homeless person for a meal.

Mr Larousse was also asked if Ms Toscan du Plantier had any lovers and he confirmed she had a lover while she was married to her second husband, Daniel Toscan du Plantier but he found no evidence of her having a lover in Ireland and she was on good terms with her husband when she went to west Cork.

The three-judge trial were also shown crime scene photographs including photographs of Ms Toscan du Plantier’s badly beaten body when it was found near the gateway leading to her holiday home on the morning of December 23rd, 1996 by her neighbour, Shirley Foster.

Ms Toscan du Plantier’s elderly parents, Georges and Marguerite Bouniol and her aunt, Marie Madeline Opalka along with her son, Pierre Louis Baudey-Vignaud left the courtroom but her brother, Bertrand remained when graphic photographs of the victim were shown to the three judges and the court.

It is understood possibly up to three Irish witnesses, Billy Fuller, Ceri Williams and Amanda Reid may travel to Paris for the trial but the court heard others such as Jules Thomas and her daughters, Saffron, Virginia and Fenella along with Marie Farrell have not been in contact to say they will travel.

The court heard a number of other witnesses who had testified in Mr Bailey’s largely unsuccessful libel case had not responded while there was an awkward moment when it emerged that the court was told that two of the listed witnesses, Martin Graham and Patrick Lowney were now deceased.

Neither Mr Bailey nor his lawyers will attend the week-long trial. If convicted, Mr Bailey could be sentenced to 30 years in prison. Because he will not attend his trial, Mr Bailey cannot appeal the verdict.