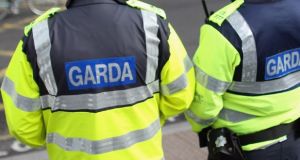 One line of inquiry is that the bones are an historical find, Garda sources said.

Gardai have begun examining bones, including a skull, found at a recycling facility near Bray, Co Wicklow on Wednesday.

While the bones are believed to be human, Garda sources said that would be confirmed by testing. One line of inquiry is that the bones are an historical find.

“Gardaí in Bray, Co Wicklow, were called to a recycling plant in Bray today where a skull and bones were discovered,” the Garda said. “The items will now be examined. Investigations are continuing.”

Three years ago the body of a new born baby was found at the same facility. The newborn’s remains were discovered on May 4th, 2016, by a staff member at a Greenstar recycling centre in Fassaroe near Bray.

Calls for the mother of the baby to come forward went unanswered and the investigation has yet to locate the baby’s parents or where she was originally from.

After the body was discovered in 2016, the child’s remains were taken to Loughlinstown Hospital where the state pathologist Dr Marie Cassidy conducted a postmortem, which found no evidence of any deliberate injuries to the child.