Gsoc case: Garda who took own life not aware he was cleared 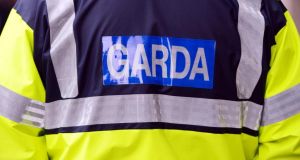 An email to be sent to the three gardaí informing them that the Gsoc investigation into them was criminal in nature was accidentally deleted. Photograph: Bryan O’Brien/The Irish Times

A Garda sergeant who took his own life after being “shocked” to learn he was being criminally investigated by the Garda Síochána Ombudsman (Gsoc) had been cleared of wrongdoing just hours earlier.

A judicial inquiry into the case by Mr Justice Frank Clarke was released yesterday.

Last year media reports incorrectly stated that Sgt Michael Galvin had been cleared five to 10 days before he took his life, but that Gsoc had never informed him. Tensions rose between the Garda staff associations and the watchdog.

Gsoc defended itself at the time, saying much of the commentary about its interaction, or lack thereof, with Sgt Galvin before his death was “misleading, inaccurate and inflammatory”.

The judicial inquiry into the case has concluded that while Gsoc was right to investigate the case, it was “mistaken” in designating it a criminal investigation, despite having no evidence of criminal conduct.

Mr Justice Clarke noted that he examined the legislation setting out the types of inquiries Gsoc should open and when. He said the law lacked clarity and recommended its review.

He said that once Gsoc had opened its inquiry it had acted properly in expanding it to examine whether some of the evidence supplied by gardaí at the centre of the case was not truthful, though it later emerged that it had been truthful.

The judge said the strand of Gsoc’s inquiry was justified for as long as it even appeared that some of the gardaí statements may have been “designed to deliberately downplay” the level of concern they should have had for an intoxicated woman they met on the street.

Three gardaí interacted with Sheena Stewart (33) on Main Street, Ballyshannon, Co Donelgal while on duty in the early hours of New Year’s Day, 2015. Shortly after they left Ms Stewart there, she was struck by a car and died.

An inquiry was launched by Gsoc, which is obliged by law to investigate cases where people die or suffer serious injury at or around the time they have been dealing with any gardaí.

Sgt Galvin, a married father of three, and his colleagues had statements taken by a Garda inspector.

When the detail of those statements appeared to contradict the CCTV recording of their dealings with Ms Stewart, the inquiry was expanded to examine if Gsoc had been lied to or deliberately misled.

It was not until that point, nearly three months after the investigation began, that Sgt Galvin realised the Gsoc inquiry was criminal in nature.

His learning simultaneously that that case was a criminal matter, that his version of accounts was being questioned and that Gsoc was widening its inquiry and wanted to interview him all combined to cause Sgt Galvin great distress.

An email to be sent to the three gardaí informing them that the Gsoc investigation into them was criminal in nature was accidentally deleted from a Garda computer in Letterkenny station and never reached the men.

When the men gave statements to a Garda inspector as part of the Gsoc inquiry, they were never informed that the statements would be used for a criminal inquiry by Gsoc into the case.

Sgt Galvin gave a further statement on May 20th, 2015, at the Gsoc offices. Late in the afternoon of May 27th it was decided by Gsoc that no further action was required. Sgt Galvin was on duty that night and into the early hours of May 28th, when he took his own life in Ballyshannon Garda station, completely unaware he had been cleared of any wrongdoing.

Gsoc said the the judge’s report would be “given the careful consideration it deserves over the coming weeks ”.

If you or someone you know needs someone to talk to, contact the Samaritans on 116 123 or email jo@samaritans.org