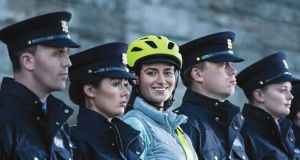 Only 1 per cent of the Garda’s membership is non-Irish or from an ethnic minority group and, for the sake of State security, that number needs to increase, one of the force’s most senior officers has said.

Restrictions on Garda members wearing items such as the hijab or turban are being lifted in a bid to facilitate more candidates from ethnic minorities joining the Garda.

However, those items of uniform must be designed and approved and it will take at least a year before any gardaí will be able to wear them on duty.

Candidates are not required to have Irish but must be proficient in two languages, one of which must be English.

Foreign nationals are required to have resided in the Republic for one year continuously on applying, and for at least four of the previous eight years.

There are two special streams for applicants; one for those fluent in Irish and one for those currently in the part-time, unpaid Garda Reserve.

Mr Twomey believed the Garda “does a great job in Ireland” and that people from all backgrounds would join the force as it evolved and changed. Those who joined would bring valuable new skills.

“It is critically important that we get those skills in to ensure we keep this country safe.”

He also said the Garda was hopeful of a strong response to the recruitment campaign from ethnic minorities.

“It will take time, it won’t happen overnight. But we think the work we have done to build relationships over years will help,” he said.

The new recruitment campaign, based largely on recommendations made by the Commission on the Future of Policing in Ireland last year, is seeking to reach people who may not have considered the Garda as a career until now.

That includes those who may not realise their skills are applicable to policing.

With that in mind, the advertising campaign for the latest round of recruitment will feature people in cycling gear, gamers on consoles and people in other scenarios that reflect society but are not necessarily linked to policing.

The effort to update the public image of the Garda comes at a time when crime trends are changing and the threat from cyber crime and international criminals and other threats are increasing.

Garda sources said it was now important that more members were fluent in foreign languages and had computer and data skills.