Gardaí had to overpower man suspected of stabbing woman 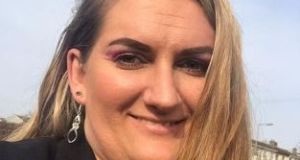 Skaidrite Valdgeima was a married mother of three from Latvia

A man suspected of the murder of a woman in a Dublin apartment was armed with knives and had to be overpowered by unarmed uniformed gardaí who arrived on the scene.

The woman was named by sources as Skaidrite Valdgeima, a married mother of three from Latvia. A man has been arrested on suspicion of her murder and was still being questioned on Wednesday evening.

Gardaí working on the case believe the suspect, who is also originally from eastern Europe, and Ms Valdgeima were known to each other. However, gardaí were still trying to determine the nature of their relationship.

Ms Valdgeima, who lived with her husband and children at Deerpark Walk, Blessington, Co Wicklow, was found with fatal stab wounds in an apartment on Bonham Street in the Liberties area of Dublin early on Wednesday.

Gardaí were called to the property at 3.40am, at which point Ms Valdgeima was very badly wounded but was still alive. She was taken to St James’s Hospital but was pronounced dead a short time later.

The results of a postmortem have not been released but are expected to show she died of stab wounds.

Ms Valdgeima (34) came to Ireland when she was in her mid-20s. She had completed a number of third-level courses here and worked in retail, graphic design and building websites.

More recently, she had been working for a Dublin-based company specialising in translation, a job she held at the time of her death.

A man arrested on suspicion of her murder was being held at Kevin Street Garda station under Section 4 of the Criminal Justice Act 1984.

A couple at the scene on Wednesday reported hearing screaming and shouting during the night. A man leaving the complex said there was commotion as he was leaving in the morning.

“When I came down to the reception area, there were police everywhere, and there was some blood on the floor,” he said.

Gardaí sealed-off two crime scenes as part of the inquiry, although both have since reopened. One was in place at the apartment block on Bonham Street, while the second was on nearby Bridgefoot Street.

Just after 9.30am, members of the Garda Technical Bureau arrived to carry out a forensic examination of the apartment where the fatal stabbing is believed to have happened.

The apartment complex where the incident occurred was described by locals as student accommodation. A number of tourists were also observed coming and going on Wednesday.

The complex is affiliated with Trinity College Dublin. It is listed on the accommodation section of the university’s website, with rooms advertised from €250 per week for a 40-week occupancy.