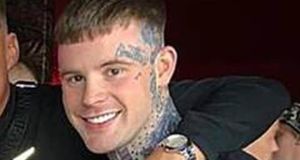 Zach Parker was killed as he left Gym Plus in the Applewood Close area of Swords at about 7.30pm on Thursday. 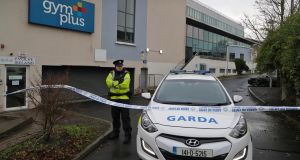 A garda outside Gym Plus in the Applewood Close area of Swords where two men were shot on Thursday night. Photograph: Colin Keegan/Collins Dublin. 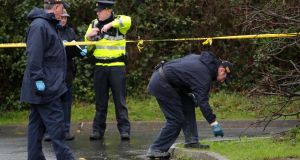 Gardaí search for evidence close to the scene of a fatal shooting at Gym Plus in Applewood Close, Swords. Photograph: Colin Keegan/Collins Dublin.

Gardaí believe the murder of a 23-year-old man in north Co Dublin on Thursday night was linked to a local drugs feud.

Zach Parker was fatally shot as he left Gym Plus in the Applewood Close area of Swords at about 7.30pm.

The gunman also shot his friend, who remains in a serious but stable condition in hospital.

Parker was known to gardaí as a mid-level drug dealer in the Swords area. Detectives are working on the theory that the shooting was linked to the local drugs trade rather than one of the better-known criminal feuds in Dublin. He is the third person to be killed in the State this year.

It is understood that Parker had accumulated tens of thousands of euro in drug debt over the last year and that he had taken a large shipment of cocaine before Christmas.

Parker and his friend left the gym in a BMW X5 and were driving towards the former’s home on nearby Jugback Lane when the vehicle was approached by a man wearing a scarf over his face.

The man took a handgun out of a rucksack he was carrying and fired at least five shots into the driver’s window of the SUV, hitting Parker in the head and chest. The gunman then fled on foot

The passenger (25), who is also from Swords, was hit in the chest. He was due to have surgery on Friday at Beaumont Hospital and is expected to survive.

The gunman fled on foot and gardaí believe he ran through an adjoining field. A garda forensics team was carrying out a search of the field for the weapon or other potential evidence on Friday.

CCTV footage showing the shooting has also been recovered. Gardaí believe Parker was the gunman’s target and his friend, who is not involved in criminality, was an unintended victim.

“There is nothing to suggest the injured man was targeted in any way,” said Supt Gerard Donnelly of Swords Garda station. “All the indications are the driver was the target.”

The gym, which is opposite a Montessori school, is located in a built-up residential area. It remained closed on Friday afternoon.

Supt Donnelly described the gunman as tall, of athletic build and wearing a black hoodie top with a black scarf covering his face, black tracksuit bottoms and black trainers with white soles.

He also asked for motorists in the area with dashcams to check the footage for anything potentially significant.

“There is nothing to suggest this is related to any of the major gangland feuds in Dublin. All the indications are this is probably local but we are at the early stages of the investigations and are keeping all avenues open. We don’t have a specific motive,” Supt Donnelly said

Parker had one serious conviction for drugs. He was caught with nearly €3,000 of cocaine in February 2017 when gardaí stopped his car after noticing Parker driving erratically. He locked the car doors before telling the garda to “f**k off”. A struggle ensued during which the garda was assaulted.

Parker claimed in court that he and friends had chipped in to buy the drugs and that he was using cocaine to cope after his grandmother became terminally ill.

“He is fundamentally a person of good character and was going through a bad patch,” his barrister said.

The judge ordered him to complete 240 hours community service in lieu of a three month sentence.