Four released after questioning over suspected murders of missing couple 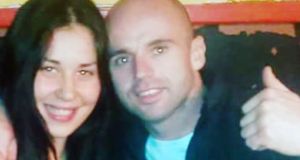 Gardaí investigating the disappearance and assumed murder of a couple five years ago have released four suspects arrested earlier this week.

Investigating gardaí will now prepare files for the Director of Public Prosecutions, who will make a decision on prosecuting the case.

The four were being held for questioning about the suspected murders of William Maughan (35) and Anastasija (Anna) Varslavane (21) in April 2015.

The four were released without charge on Friday morning, and a Garda spokeswoman said investigations were ongoing.

Mr Maughan and Ms Varslavane were last seen in Co Meath and gardaí believe they were abducted and murdered by a crime gang based in the northeast.

Detectives believed the couple were killed because members of the gang feared Mr Maughan and Ms Varslavane, a Latvian national, were about to go to the Garda and link them to a drug-related gun murder in 2014.

While the bodies of the missing couple have never been found, the case was upgraded to a murder investigation in 2016 and has been under investigation since then, including a cold case review.

The latest arrests follow the detention of an English man in his 50s in Co Meath in April. He was questioned about the assumed murders of the couple and also the separate discovery of two caches of guns and ammunition in Gormanstown, Co Meath, last January and in April of last year.