Four people arrested over suspected murder of couple in 2015 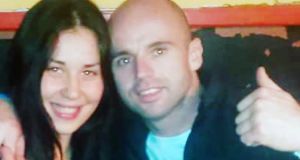 Gardaí investigating the disappearance and assumed murders of a couple five years ago have arrested four people.

Two men, aged in their 50s and 60s, and a woman in her 40s, were arrested during the pre-planned operation early on Wednesday morning.

A fourth arrest of a man in his 20s was made on Wednesday evening.

They were being held for questioning about the assumed murders of William Maughan (35) and Anastasija (Anna) Varslavane (21) in April, 2015.

The couple were last seen in Laytown, Co Meath, and gardaí believe they were abducted and murdered by a crime gang based in the northeast.

Detectives believed they were killed because members of the gang feared Mr Maughan and Ms Varslavane, a Latvian national, were about to go to the Garda and link them to a drug-related gun murder in 2014.

While the bodies of the missing couple have never been found, the case was upgraded to a murder investigation in 2016 and has been under investigation since then, including a cold case review.

Searches in Co Meath were continuing on Wednesday as the suspects arrested were being questioned at Garda stations in Meath and Dublin.

The latest arrests follow the detention of an English man in his 50s in Co Meath in April. He was questioned about the assumed murders of the couple and also the separate discovery of two caches of guns and ammunition in Gormanstown, Co Meath, last January and in April, 2019.

Gardaí believe the couple were abducted by a criminal gang operating in Meath and Louth whose leader has since become a central player in the worsening Drogheda gangland feud.

The gang leader believed to be behind the abduction and assumed murders of Mr Maughan and Ms Varslavane was also suspected of the gun murder of Benny Whitehouse (35) in Balbriggan in 2014.

Whitehouse was a drug dealer who was shot dead as he returned to his car after bringing his daughter into national school.

Gardaí believe Mr Maughan and Ms Varslavane were killed because the men who killed Whitehouse feared the couple was intent on supplying information to the Garda about the murder.

Their bodies were then disposed of in some way by the gang but the remains have never been found.

Just before 3pm on the day they disappeared, from their home in Laytown, Ms Varslavane apparently rang the Maughan family pleading for help. However, her calls were answered by her partner’s young brother who has special needs and did not understand her.

“We’re in bits, we really are,” the missing man’s father, Joe Maughan, previously told The Irish Times. “At this stage I don’t know what to even say to people; we’re devastated.”

Mr Maughan said he was convinced his son and Ms Varslavane knew who killed Whitehouse and were murdered by the same people.

“William knew about it and these criminals get paranoid from the amount of cocaine they are taking; they think people are going to say things about them,” he said.