Decision on whether to end contribution due by end of year, says Minister for Justice 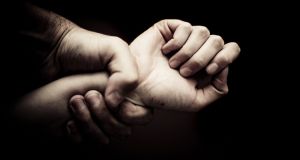 Removal of the contributions for victims of domestic violence “ultimately a matter for the Minister”. Photograph: iStock

A decision on whether to abolish financial contributions to civil legal aid for victims of domestic violence will be made by the end of the year, Minister for Justice Charlie Flanagan has said.

Speaking at the launch of the Free Legal Advice Centres (Flac) annual report, Mr Flanagan noted the organisation, along with others, had lobbied for the abolition of the €130 contribution for domestic violence victims.

“I too am in support of it. I am keen to ensure that if there are difficulties, they can be dealt with in a way that is most satisfactory,” he said.

He said he had received a submission from the Legal Aid Board, which runs the civil legal aid scheme, recommending a number of scheme changes, including the waiving of fees for vulnerable applicants.

“These proposals are currently under review and are being assessed within my department,” he said.

He said it was open to the board to waive contributions in certain circumstances and last year €40,000 was waived in respect of domestic violence.

Speaking to The Irish Times, John McDaid, chief executive of the Legal Aid Board, who also attended the Flac report launch, said the removal of the contributions for victims of domestic violence was ultimately a matter for the Minister.

“Our contributions regime is determined by ministerial regulation so it is not that we in the Legal Aid Board set the rules in terms of eligibility and contributions; they are set by the Minister,” he said.

The board had made a comprehensive submission to the Minister on the matter, he said. He did not believe, if the need for a contribution was removed, there would be an increase in applications for legal aid in domestic violence situations.

“There is no issue that we are going to be flooded with them if we remove the contribution,” he said.

Eilis Barry, chief executive of Flac, highlighted the work of the charity, which runs a network of free legal advice clinics and a phone information line.

She also said pressures on the Legal Aid Board had increased, with delays in some areas of six to nine months.

She said Flac was pleased the board had postponed a decision to restrict referrals to its family law private practitioners scheme, used by people who have a court date and cannot wait for an appointment with a legal aid board centre. She also said the financial contribution for domestic violence victims should be dropped so there is no financial barrier to getting legal protection in a domestic violence situation. She said she was aware some people had sought money from St Vincent de Paul to cover the €130 contribution required by the board.

Last year, more than 25,700 people got free legal information or advice from the charity. Of these, almost 12,230 received information via Flac’s phone line and more than 13,480 were dealt with by volunteer lawyers at legal advice centres in 67 locations around the country.