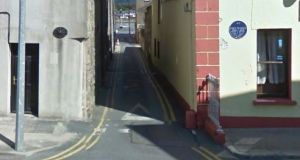 Two women have been injured following a stabbing incident in Co Waterford.

The women, both in their 20s, reportedly sustained minor stab wounds during an incident at Thompson’s Lane, Dungarvan, at about 3am on Monday.

Both women were taken to University Hospital Waterford.

Gardaí in Dungarvan are investigating the incident and have appealed for information.