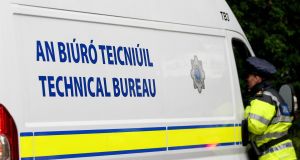 Four men and a juvenile have been arrested in relation to a violent disorder incident in Co Limerick earlier this month.

In a statement on Tuesday, gardaí said “an incident of violent disorder” took place at Lenihan Avenue in Prospect involving a number of individuals “armed with offensive weapons”.

An investigation was launched by gardai which culminated in a number of searches being carried out on Tuesday morning in the southside of Limerick city.

The searches resulted in the arrest of four men aged between 19 and 45 and one juvenile. Gardaí declined to provide the age or gender of the juvenile.

They are currently being detained at Roxboro Road and Henry Street Garda stations under the provisions of Section 4 of the Criminal Justice Act 1984.