Suspected human remains found in a bag in north Dublin 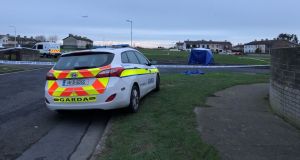 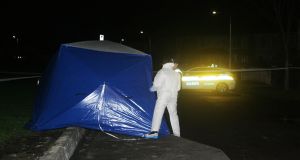 Gardaí seal off the scene after suspected human remains were discovered in the Moatview area of Darndale shortly after 10pm on Monday. Photograph: Padraig O’Reilly 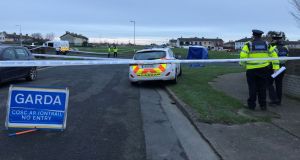 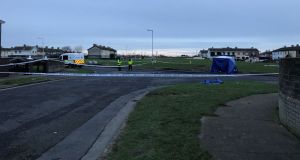 A Garda investigation is under way after suspected human remains were reportedly discovered in a plastic bag on a housing estate in Coolock, north Dublin on Monday night.

Gardaí sealed off the scene of the discovery in the Moatview area in Darndale shortly after 10pm following the find on a road, believed to be made by young people in the area.

The scene was preserved pending a forensic and technical examination. The Garda Technical Bureau and the State’s Pathologist’s Office have been informed.

In a statement gardaí said “what are understood to be human limbs were found in a bag outside houses at the junction of Moatview Gardens and Drive.”

An incident room has been established at Coolock Garda station and anyone with information is asked to contact the station at 01-6664200.

Gardaí have not identified the suspected remains and are believed to be searching missing persons files. Further tests will be carried out on the contents of the bag.

Racheal Batten, Fianna Fáil councillor for the Whitehall-Artane area, described the incident as a “shocking discovery”.

She said the Garda “simply aren’t resourced to deal with this level of crime” and called on the Minister for Justice to declare “a state of emergency in north Dublin”.