Elderly targeted in series of violent attacks at home 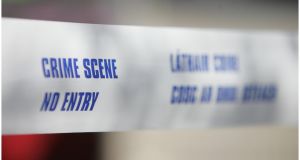 Garda sources say victims who have been subjected to more assaults, or in some cases extreme verbal threats, find it difficult to feel safe in their homes again. Photograph: Bryan O’Brien

While organised crime, especially drug trafficking and gun crime, attract most media coverage, the Irish public has perhaps become inured to it in the last 10-15 years.

Instead, it is violent break-ins or robberies at the homes of the elderly or vulnerable people that cause the greatest shock and revulsion.

These crimes are relatively rare but Garda sources say even those victims who have been subjected to more minor assaults, or in some cases extreme verbal threats, find it difficult to feel safe in their homes again. And in some instances they never go back to living alone again.

The murder of 78-year-old Rose Hanrahan in her Limerick city home on Friday – possibly in the course of a burglary – is the latest case in which vulnerable older people have been terrorised or killed.

Last week, a 65-year-old man was held overnight in his home in Terenure in Dublin by a man and a woman. The victim was forced to withdraw more than €16,000 from his bank account and threatened he would be knee-capped.

Two people – Carlos Lawrence (26) and Catherine Dempsey (25) – have been charged with burglary while in possession of wedge hammer in connection with the case.

Dublin District Court last week heard the man was struck in the face with a hammer during the incident and Judge Brian O’Shea said the court could infer from Garda evidence that the elderly victim had been “terrified beyond comprehension”. The court also heard the man was warned that his extended family was being watched and that the two accused were known to the injured party.

Last month, three men from Dublin and Tipperary were jailed for between 14 and 17 years each for three “barbaric” rural break-ins. In 2012, they broke into the isolated rural home of pensioner siblings Willie, Nora, and Chrissie Creed, at Ballyluddy, Pallasgreen, Co Limerick.

They tied up Mr Creed and his sisters, aged in their 70s, before assaulting them and leaving them covered in blood. Mr Creed was stabbed in the head with a screwdriver during the incident, in which €5,000 was stolen.

Just six weeks earlier they tied up a family of five at their home in Co Limerick and threatened them with a gun before taking a sum of cash.

Earlier in November, bachelor farmer Richard McKelvey (54) was dragged from his bed in the early hours by a gang of men who broke into his farmhouse at Brosna near Birr in Co Offaly.

The four-man gang badly beat him and his sheepdog before tying up Mr McKelvey and leaving him in a barn. He broke free after the gang had departed, and made his way to a house close by. He had been broken into six weeks earlier, when jewellery that had belonged to his mother was stolen.

In June, a couple in their 80s were left traumatised after being robbed in their home in Beaumont, north Dublin, of money they had just withdrawn from the bank. They had arrived home and were entering their house when a man appeared, beat them and demanded the money.

A month earlier, Jimmy Campion (94) was badly beaten when two men broke into his home in Roscrea, Co Tipperary, just before midnight and beat him with his own walking stick.

The victim’s 84-year-old wife was in the bedroom at the time and escaped injury. However, Mr Campion was hospitalised and had a wound on his head stitched. A small quantity of cash was taken, during what was the second break-in the couple had suffered in three years.